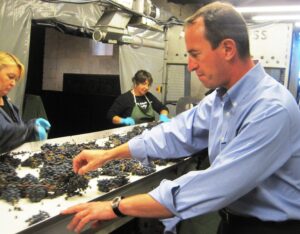 Over the holidays, The Wine Cellar Insider sat down with Jean Guillaume Prats of Chateau Cos d’Estournel. At the time, blending trials for the 2010 vintage had just commenced.  We discussed the recent Bordeaux wine vintage in detail.  We also talked about 2009 Cos d’Estournel and the controversy the wine engendered.  Prats is a straight talker. If you ask him a question, be prepared for an articulate, straight up response.

As of today, what are your early thoughts of the 2010 Bordeaux wine harvest for Cos d’Estournel ?

“2010 is at the same level of 2009, but in a very different style. It is much more classical and in the line of the vintages produced some 20 years ago. It has fairly low PH with great minerality. Some of the fruity merlots almost have a Pinot noir feeling.” 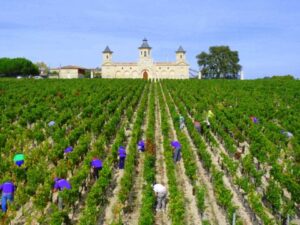 As a matter of style, does 2010 remind of you any previous Bordeaux wine vintage?

Stylistically, what do you take from each of those vintages?

“The fatness of 1959. The balance and freshness of 1990 and the class and ripeness from the Bordeaux wine we produced in 2005.”

October 4 brought a significant amount of much needed rain to St. Estephe and other Left Bank chateaux.  By the time the storm arrived, you were still picking.  Did you reach the levels of phenolic maturity you were seeking?

“We finished harvesting  Saturday October the 9th  like many of our prestigious neighbours in the Medoc. We stopped harvesting Monday the 4th as it does not make sense to harvest under the rain, when the grapes can easily wait. The rain was very positive. It helped speed up the acquisition of phenolic ripeness.” 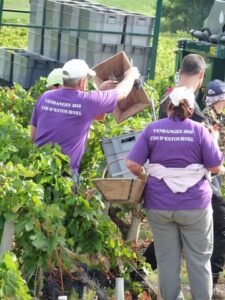 Did the drought present you with any unique challenges with the 2010 Bordeaux wine harvest?

“We experienced dry conditions in 2010 that were in some regards, similar to 2003. The Cos’ gravel and clay terroir responds extraordinary well to this phenomenon.”

Thinking back to 2003, what is it about the terroir of Cos d’Estournel that allows you to produce great Bordeaux wine in draught years?

“The fresh clay we have under our profound gravels is of great help to the old vines along with  roots going deep into the soil  (more than 10 m down).” 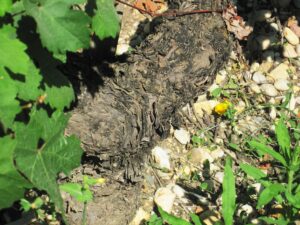 Will 2010 be a vintage marked by low yields and more Cabernet Sauvignon at Cos d’Estournel?

How did your gravity flow cellars help you with the 2010 vintage?

“As far as the last two years are concerned, it gives purity and an extraordinary precision in the definition of the tannins. It is a stylistic evolution towards precision in the wine making.”

Can you explain the process of gravity flow and how it works?

“We do not use mechanical pumps. We are only using the flow of gravity to move the wine. We can do this because our vats are on elevators.” 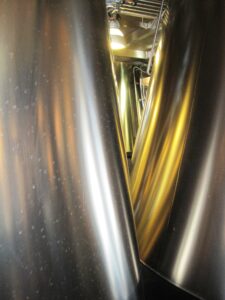 When will you start blending trials for the 2010 Cos d’Estournel?

We spoke several times during the growing season as well as during the vinification period.  Your views on the potential for 2010 at Cos d’Estournel have moved up and down.  Most recently, you said the wine was turning out better than you had originally anticipated.  What has changed in the wine that offered you more hope for 2010?

“Probably in my mind is the fact that our 2009 is so exceptional, I could have been skeptical on the possibility that we could produce another vintage at the same level of quality. It looks like that could be the case. But in a very different style.”

What does the combination of high alcohol and low pH mean for a wine stylistically?

“If you have the two elements above, coupled with a high tannin level, you are likely to have a balanced wine. If not, it could be a wine that will not last or develop a lack of harmony in time.”

Will you make any special choices during the 2010 vinification due to the high alcohol and low pH levels?

“Every vat is different in terms of length of maceration and level of extraction. Therefore it is impossible to give you a general answer. It is one answer to one problem after the other.” 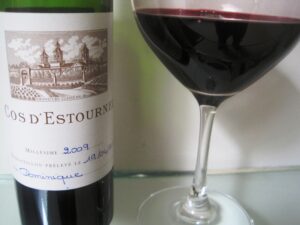 Having tasted your 2009 wine with you on several occasions, I think it is one of the top wines of the vintage. It’s a strong candidate to receive triple digit scores from Robert Parker when he reviews it in bottle.  Not everyone agrees. Your 2009 sparked more controversy than any other wine from the vintage.  Why do you think 2009 Cos d’Estournel is controversial?

“It is a combination of various factors. I note with satisfaction that even those who did not like it recognize the great work which has been done and the care for details.  A vintage like1945 or 1947 was excessive. Surely the Mouton 1945 and the Cheval Blanc 1947 were also excessive wines when very young. They could have tasted like Cos 2009 and they were considered atypical for their time.  2009 Cos is a wine that set a new style in Bordeaux with the use of gravity.”

Could you explain what you mean when you say “a new style of Bordeaux wine”?

“It’s a new concept to use gravity during “délestage”, bleeding or pumping over. When the fruit is very ripe and therefore more fragile, it gives a fantastic definition to the wine. It is as if the tannins are cut with a laser or a diamond. There is no “organoleptic” imperfection.”

How does the use of gravity impact the wine?

“It adds purity and perfection. The idea is offer the true, honest, most obvious expression of the terroir. This happens because there is no mechanical intervention on the grapes or the fermenting Bordeaux wine.”

I have heard that your father used to say, “50 years ago, even then Cos was said to produce a new style of Bordeaux wine.”  Is that true?

“Yes, it’s true. I recall that during the 70’s when we added a new cellar at the same time as Haut Brion that happened. And at the end of the 80’s when reverse osmosis replaced chaptalization.”