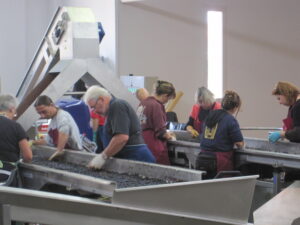 The 2010 Harvest St. Julien is underway. The appellation is alive with the sounds of harvest and smells of fermentation.

Chateau Branaire Ducru is slightly more than half way through the picking of the cabernet sauvignon grapes.  According to the owner Patrick Maroteaux, “The merlot grapes are rich and maintain a good balance.” When asked about his cabernet, Patrick stated, “The cabernet sauvignon grapes are perfectly sound and ripe. The weather conditions for this week remain good.”  Maroteaux is expecting the Bordeaux wine harvest to be concluded by the end of this week.  According to Patraick, “They are optimistic as far as the quality of the 2010 vintage is concerned.”

In my view, the past few vintages of Chateau Guraud Larose have not been up the level the property is capable of producing.  Tasting older vintages from this Medoc estate show why they deserve to be a Second Growth. 2009 appears to be the year things turned around for this estate. Much of that success is due to the efforts of David Launay. 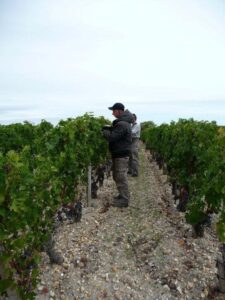 Prior to the harvest, Launay told us he worried about the vintage as the merlot were suffering from the drought. He added, “The production of the merlot will be small. It will be a quick harvest as we suffered from the coulure in June.”

Gruaud Larose, like many properties will require extensive sorting in this vintage.  The top wines from 2010 will be produced by the estates that are willing to make the sacrifice with extensive sorting. Launay agreed. “We will have to sort a lot. We have investing into 2 optical sorting machines.” 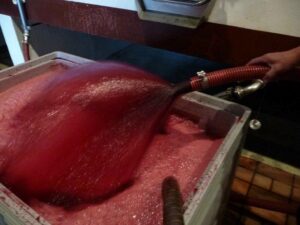 Before the harvest David felt the cabernet sauvignon and cabernet franc were homogeneous. At Gruaud Larose in 2010, they will have small berries to work with. According to Launay, this is a positive development, “The grapes are going to be very concentrated with a very good acidity. The petit verdot is always the same. We will see its quality on the cropping day.”

David managed to share details on the progress of the harvest. “We finished the merlots with smaller yields than last year. As a result, we have a great concentration of richness in the must. Actually, we are breaking records on the color index and IPT.”

(IPT is short for Indice Polyphénols Totaux. This is a measurement of  all the tannins including anthocyanins and reflects color in the grapes.)

Launay ended with, ” We have high alcohol. The acidity is good. The juices are very aromatic.  We’ve just started the Cabernet Sauvignon with great expectations.”

Personally, I am happy to see the estate picking later and performing more selection. Some of the older vintages of Gruaud Larose are stunning wine, like the 86, 82 andthe sublime 1961.  It will be interesting watching the progress of this property. 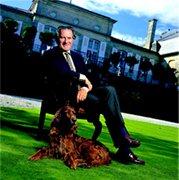 Chateau Leoville Barton finished their entire  harvest October 11. When we asked Anthony Barton for his thoughts now that the harvest for him is done, he told us, “It is too early to be precise on the quality but it will certainly be among the best vintages of this decade, quite possibly another 2009.” Chateau Leoville Barton is often one of first properties in the Medoc to complete their harvest.

Chateau du Glana, located in  St. Julien  began harvesting their young merlot vines, Thursday September 23. They did not start working on their older vines until the following week.  According to Julien Meffre, the owner of the property, “The merlot wines seem very dense, rich and fruity, showing great maturation. But yields are low : 25 to 30% less than last year because of the concentration and dry weather conditions”. 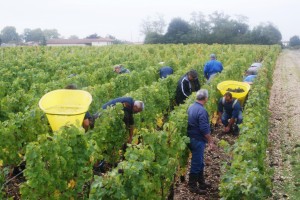 Meffre began harvesting cabernet sauvignon, October 5.  Meffries commented, “The grapes are healthy with a high potential of extraction and the tannins are soft and elegant.” 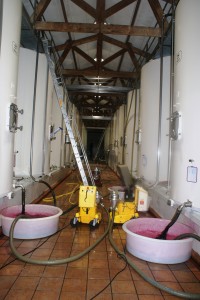