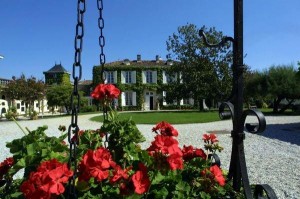 One of the Besse days yet and dinner at Prieure Lichine

The rainy afternoon started off with lunch in the city with Ferdinand Mahler Besse before court was in session.  A grand jury european trial was being held to taste the 2005 Bordeaux vintage.

The first Grand Jury European tasting got off to a lively start. After the opening session and debriefing concluded, we rushed over to Prieure-Lichine for a fabulous dinner hosted by Mr. Justin Onclin and Madame Carmen Onclin. Highlights included 1975, 1982, 1990, 1999, 2004 and an Imperiale of 1996 Prieure Lichine! With the GJE, short for Grand Jury European there are always additional wines added as a surprise. You never know what you are going to get. For last night, try the powerful, brawny 1982 Le Gay, an interesting 1972 Lafleur which would have shocked anyone in a blind tasting or the very elegant, supple, opulent 1982 Cheval Blanc which can be a great Bordeaux wine, even if it’s not as solid as it used to be.