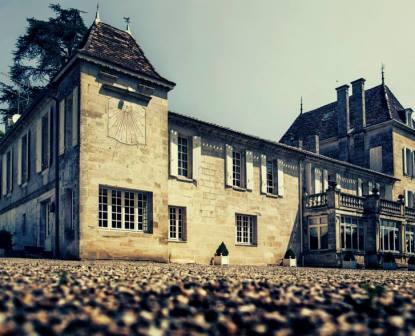 Learn everything about Chateau Bellefont Belcier St. Emilion with wine tasting notes and wine with food pairing tips. Learn all the best vintages, a history of the property, information on the vineyards, and winemaking. If you want to read about other important, Bordeaux Chateaux: Links to all Bordeaux Wine Producer Profiles

Chateau Bellefont Belcier dates back to the seventeenth century as an estate. The vineyard was officially founded in the middle of the eighteenth century by Count Louis Francois de Belcier, which as you can guess, is where the estate took the first part of its name from.

In 1803, the Count constructed the chateau that remains in use today. The Count was also responsible for giving the estate the first part of its name, Bellefont.

Bellefont, or Belle Fontaine, which is translated into beautiful fountains was inspired by the numerous natural springs that littered the area. From there, what we know of today as Chateau Bellefont Belcier was born.

The family sold Chateau Bellefont Belcier in 1871 to Pierre Faure. Pierre Faure is responsible for building and designing the estate’s unique, circular vat house. Rumors persist that the ornate ironwork was designed by Gustave Eiffel, the designer of the famous Eiffel Tower in Paris.

During the 1960’s Chateau Bellefont Belcier was owned by cousins of François Mitjavile, who owns the neighboring Tertre Roteboeuf. Back in the early 1960s, the wine was sold under the name of Le Tertre.

This is important because the wine of Le Tertre was made in the cellars of Bellefont Belcier for several years during the decade of ’60s.

Things changed in 1994 when the Labusquire family, descendants of Pierre Faure, sold the estate to a partnership between three families headed by; Jacques Berrebi, Alain Laguillaumie, and Dominique Hebard. The new owners invested heavily in the vineyards, where they added terraces to their slopes.

By the time September 2012 rolled around, Chateau Bellefont Belcier, which had been offered for sale for years, was sold to a group of Chinese investors.

That sale marked the first purchase of a Bordeaux classified growth by a Chinese citizen. Chateau Bellefont Belcier was next purchased by the Wang Songwei family from China.

The Wang family has interests in several industries, including extensive mineral rights. They also own Juxin Wine & Spirits.

It is rumored that the price paid was over 2,000,000 Euros per hectare, which set a record for a Grand Cru Classe property at the time. Emmanuel de Saint Salvy was retained as the longtime director of Chateau Bellefont Belcier. 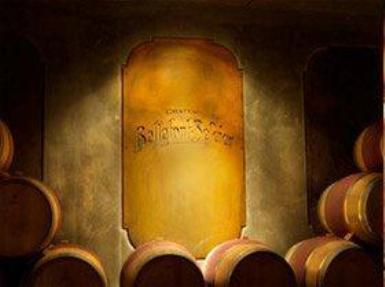 Under the direction of Emmanuel de Saint Salvy, the wine-making facilities and cellars were completely renovated. The new, circular-shaped cellars, with their naturally lit, domed ceiling made it much easier to work in.

In 2015, the property changed hands again with it was sold to John Renos, who did not remain as the owner for very long.

In fact, in 2017, Peter Kwok, the owner of Chateau Tour Saint Christophe, and 7 other Right Bank vineyards purchased the property from John Renos. One of the first directives from the new owner, Peter Kwok was a complete renovation of the chateau.

The 12.5-hectare vineyards of Bellefont Belcier are planted to 70% Merlot, 20% Cabernet Franc and 10% Cabernet Sauvignon. However, the entire estate is 20 hectares.

The remainder of the property is devoted to greenery, parkland, gardens, a swimming pool and there is also a tennis court. This could be the only Bordeaux chateau and vineyard with their own tennis court.

The vines average 30 years of age. The vineyard is planted to a density of 7,200 vines per hectare. The property rests on the south-facing Cote Pavie slopes in Saint Emilion.

The vineyard is situated not from Chateau Pavie and just east of Chateau Larcis Ducasse, which is its closest neighbor. Chateau Troplong Mondot, Chateau La Mondotte, and Tertre Roteboeuf are also just around the corner. The village of Saint Emilion is only a few minutes away by car.

The terroir is clay and limestone soil. However, the terroir and quality of the soils vary here, with their best parcels placed on the top of the slopes in the limestone, rich soils.

They have also parcels with more sand at the bottom of the slopes, close to the actual chateau. The vines are planted to a density ranging from 6,000 and 8,000 vines per hectare. The higher levels of vine density are found in the newer plantings.

To produce the wine of Bellefont Belcier, the grapes are vinified in traditional, long, cement vats that are arranged in a unique, circular pattern.

The amount of time in oak during the aging process varies, depending on the quality and character of the vintage. There is a second wine, Marquis de Bellefont. The estate is consulted by Michel Rolland. Jean-Christophe Meyrou is the director.

Chateau Bellefont Belcier can be enjoyed early. However, the wine is often better with at least a few years of bottle age. Of course, that can vary slightly, depending on the vintage.

Chateau Bellefont Belcier is usually best enjoyed in the first 10-20 years after the vintage when it is at full maturity. Young vintages can be decanted for 1-2 hours. This allows the wine to soften and open its perfume. Older vintages might need very little decanting, just enough to remove the sediment.

Chateau Bellefont Belcier is a perfect match with Asian dishes, hearty fish courses like tuna, mushrooms, and pasta as well as cheese.