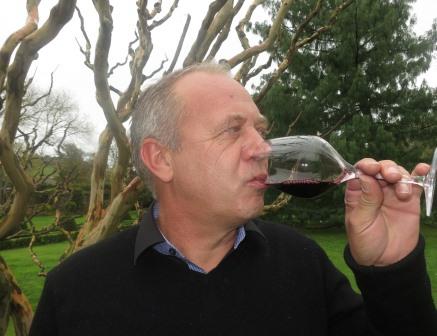 Learn everything about Domaine de l’A Cotes de Castillon with wine tasting notes, wine with food pairing tips, best vintages, a history of the property, and information on the vineyards and winemaking. If you want to read about other important, Bordeaux Chateaux: Links to all Bordeaux Wine Producer Profiles

Even though it was a relatively small parcel of vines, at this point in his career, Stephane Derenoncourt did not have the funds to buy his vineyard. To raise capital, he put together a group of 200 friends and associates that each put up about $1,000. In return, every investor was given 7 cases of wine and Domaine de l’A was born!

Domaine de l’A is located in the commune of Sainte-Colombe in the Cotes de Castillon appellation, just due east of St. Emilion. In fact, the estate of Domaine de l’A is close to some very good St. Emilion estates. For example, Valandraud, Faugeres, and Fleur Cardinale are just down the road.

The 12 hectare Right Bank vineyard of Domaine de l’A is planted to 70% Merlot, 30% Cabernet Franc. The Cabernet Sauvignon vines have been removed. It is interesting to note that the goal of the estate is to slowly continue increasing the amount of Cabernet Franc planted in the vineyard.

There is also a small parcel of vines planted to Chardonnay.

Located on terroir with deep clay and limestone soils, it was the limestone that first attracted Stephane Derenoncourt to the land. All of the farming here is 100% organic. 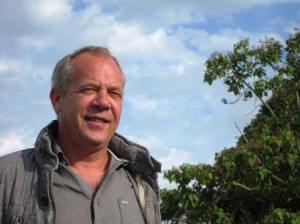 To increase the density, Derenoncourt began planting new rows of vines and placed them inside the already planted vines. The average age of the vines is close to 35 years of age, although the vineyard has some very old vines that are between 60 and 70 years of age!

Domaine de l’A strives to do as much biodynamic farming as possible. Sustainable farming is a practice the owner, Stephane Derenoncourt believes deeply in for his own vineyards, and in many of the vineyards, he consults for.

Low yields are something that Domaine de l’A is known for. It is not uncommon for the estate to produce wine from yields of only 15 hectoliters per hectare.

To produce the wine of Domaine de l’A, for the first 6 years, the wines were vinified in a cellar that was less than modern. Most of it was simply cobbled together from various sources. By 2005, they saved enough money to create their own cellar. The grapes are whole berry fermented in open-top, oak tank tanks for a 30-day maceration.

The use of open-top tanks provides a view of the cap, which they keep submerged and allows for the ability to decide the number and intensity of cap punching’s on a vat by vat basis. Malolactic fermentation takes place in barrels. The wine is aged in 50% new, French oak barrels. On average, close to 2,500 cases of wine are produced of Domaine de l’A each year.

Domaine de l’A is much better with at least 2-4 years of aging in good vintages. Young vintages can be decanted for 1 hour to 90 minutes. This allows the wine to soften and open its perfume.

Older vintages might need very little decanting, just enough to remove the sediment. Domaine de l’A offers its best drinking and should reach peak maturity between 4-15 years of age after the vintage.