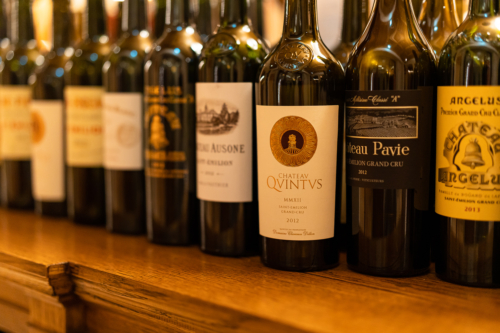 Chateau Quintus wants a seat at the table.

In order to prove to several of the world’s leading wine critics, wine merchants, and negociants that Quintus was worth taking note of, Chateau Quintus held a blind tasting at Oswald’s Club in London at the end of May 2022. The event was hosted by the owner, Prince Robert of Luxembourg, Jean-Philippe Delmas, the director and President of Chateau Quintus, Chateau Haut Brion, Chateau La Mission Haut Brion Domaine, and Clarence Dillon and Guillaume-Alexander Marx, Sales Director.

Prior to the tasting, I received a cryptic message inquiring if I would like to participate in a secret tasting. Talk about going blindly into a blind tasting, but, as it was hosted by Prince Robert of Luxembourg, the owner of Chateau Haut Brion, like any gambler, I was all in.

Being the inquisitive type, I asked a few questions. Sherlock Holmes could not have done better. However, the sole response I received was. “All would be revealed once the tasting in London started”. The invitation arrived a few days later.
Already exhausted from tasting over 1,000 barrel samples of 2021 Bordeaux a few weeks earlier, I said, “Why not”? I hastily packed my bags and off I went to London. 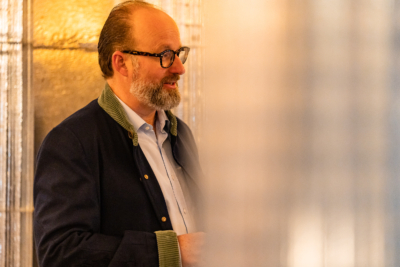 Originally, a dinner was arranged for the attendees the night before the tastings, which was summarily canceled to allow everyone a nice rest before the marathon tastings began.

However, that cancellation was fortuitous as I shared a fun night in the bar at Hotel Connaught with the charming duo of Jane Anson and George Hindle. The perfect way to prepare for the following full day of tastings. When I say a full day, I should clarify this. I mean the entire day and a good portion of the night as well. In fact, we were booked from 8:30 am until 10 pm!

My guess, and probably everyone else in attendance had the same thought as well was that the day would be devoted to tasting Chateau Haut Brion and Chateau La Mission Haut Brion.

Perhaps the best vintages of each vineyard would be contrasted and compared. I was prepared, set, and ready to see if I preferred 1961 over 1959, or perhaps, 1929 over 1928. Maybe 1899 and 1900! If that was not the theme of the day, maybe it was a comparative tasting of all the First Growths!

It turned out that there were more than enough First Growth wines being opened. But they were not exactly the wines the attendees thought would be tasted. Instead, we were going to taste, contrast and compare; Chateau Cheval Blanc, Chateau Ausone, Chateau Angelus, Chateau Pavie, Chateau Figeac, and of course, Chateau Quintus. It was going to be an embarrassment of St. Emilion riches and I was ready! 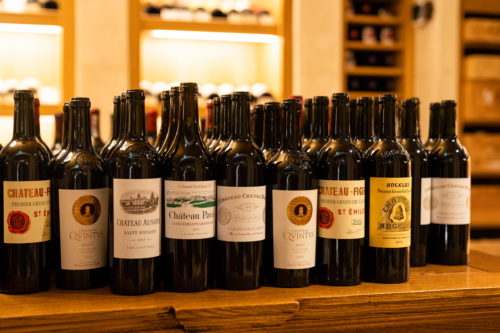 Each of the flights contained 6 wines, all of the above-mentioned First-Growth vineyards and Chateau Quintus in a random order, which varied from flight to flight.

Close to 30 tasters were given score sheets with their names discreetly attached. After the flights were concluded, and everyone’s notes were finished, the scores were tabulated and shared.

The scores were cumulative, so no tasters earned applause or shame. This was followed by a debriefing of all the wines, occasionally sparking debates ranging from somnambulistic to fiery. The conversation covered the wine’s character and the vintage as a whole. It is interesting to note that the team from Quintus did not participate in the conversation, except to answer questions. Clearly, they were there to judge the reactions of the participants. 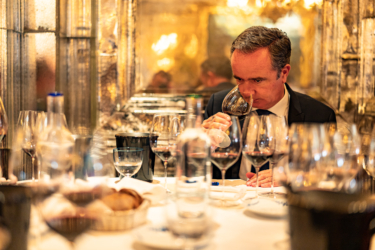 As you might expect, because 2011, 2012, and 2013 were challenging vintages, those years were not exactly inspiring to taste, perforce the conversations were equally devoid of length and complexity.

But, by the time 2015 came around, the debate livened up, as did the wines. The majority of tasters were not as enthusiastic as I was about 2015. I loved the entire flight. The wines offered opulence, blended with vibrancy, flamboyance, richness and sensuality. Others found these Right Bank wines too ripe, too powerful, and too rich as if anyone could be too rich.

2016 was the only flight producing two 100 Pt. scores, Chateau Figeac and Chateau Quintus. 2016 was also deemed the best flight of the tasting. The average scores were markedly higher than almost all of the tasters in the room. Universally, the 2016 wines were simply just beautiful. 2016 is clearly on the way to future legendary Bordeaux status. 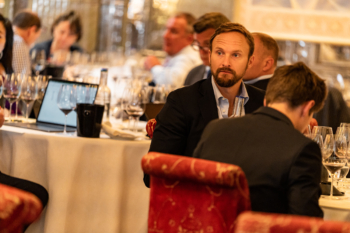 Blind tastings are often humbling, and at times, educative as well. The cumulative scores from roughly 30 tasters placed Quintus at close to the same level as the First Growths reaching similar scores as the more exalted vineyards. After the event, some were chagrined, and others enlightened. But, most importantly, all of us came away with a better understanding of Quintus as it was clear Chateau Quintus is a wine to be taken seriously.

With a new wine, only the first 100 years are difficult. After that, everything is easy. Following this tasting, I hope it takes consumers less time to recognize Chateau Quintus, as not only do the wines deserve more notoriety in the marketplace they also clearly earned a seat at the table.

2016 Chateauneuf du Pape The Top 200 Wines of the Vintage