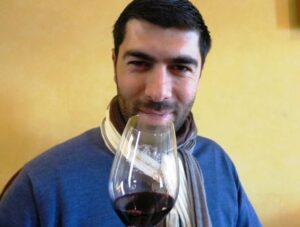 2011 Duo  – Combining 95% Merlot with Cabernet Franc, this is an easy-to-drink Pomerol that should be enjoyable on release. 86-89 Pts

Jeff Leve “What are you most happy about in this vintage for your 2011 La Conseillante?”

Jean-Michel Laporte “That our Cabernet Franc had ample time to mature and developed perfectly to produce a strong 2011 La Conseillante.”

Jeff Leve “What was special about 2011 in Pomerol that allowed this to happen?”

Jean-Michel Laporte “The Cabernet Franc ended up obtaining two additional weeks to allow it to develop more ripeness before it was harvested. Those two weeks really made a difference in grapes which shows in 2011 La Conseillante.”

Jeff Leve “Have you changed your team this year?”

Jean-Michel Laporte “Jean Claude Berrouet, who was at Petrus, is now working with us along with Gilles Pauquet, who as you know brings a lot of experience from his efforts at Cheval Blanc and other top chateaux.” 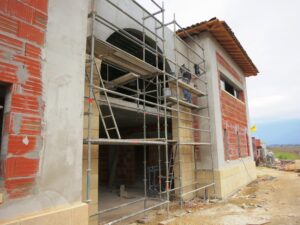 Jeff Leve “When do you think you will finish the construction?”

Jean-Michel Laporte “We should be done in time for the 2013 vintage.”

Jeff Leve “What will be new at La Conseillante once the construction is done?

Jean-Michel Laporte “We’ll have a new vat room with 18 tanks ranging in size from 35 hectoliters to 65 hectoliters. This is a big improvement, since today we only have 9 vats. With the additional tanks, we’ll be able to pick and vinify our 15 parcels on a plot-by-plot basis.”