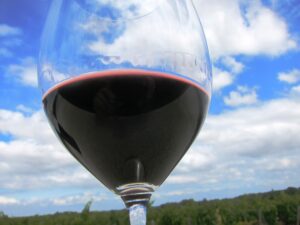 What are the issues with the 2010 campaign?

High prices alone have not stunted this campaign. Exacerbating the problem was the painfully, slow release schedule of wines for sale. In theory, small wines are released to whet the appetite and test the market, before more costly wines are offered for sale. The campaign ends with a rousing crescendo when the First Growths, Cheval Blanc, Ausone and possibly Lafleur come out. The First Growths are being offered now at close to $1,000 per bottle.

But this campaign’s initial slow tempo quieted demand.  By the time the wines were finally appearing at a torrid pace, they were being offered too quickly for the market to absorb them.  Adding to the problem were price increases ranging from 10% to over 30% from 2009! For American’s suffering from currency exchange rates, price increases ranged from 30% to 50%!

Consumers are balking. Robert Parker wrote on his web site calling for a 20% reduction from 2009. I would not go that far. In Email exchanges with a myriad of the better known Bordeaux negociants, I asked for 5% – 10% discounts from 2009 prices.  If a chateau lowered their price, the first thing they should do is hire a publicist trumpeting that fact.  They would earn a lot of good will. That gesture would go a long way to help retain established customers a continued strong presence in the American market.

Bordeaux is under no obligation to reduce prices from what they charged in 2009.  Having tasted several hundred 2010, many of the wines are sublime.  In my view, 2010 is a better fit for much of the world than 2009.  2009, with its sexy, opulent, rich, hedonistic style is tailor made for the American market.  2010, with its classical, more structured nature offers more appeal to European markets.  Is style enough of a reason to raise prices?  Some chateaux made better wine in 2010 than they did in 2009. In those cases, price increase is easier to understand.  In several instances pricing looks aggressive.  Several chateaux are asking record prices for their wines!

The image of Bordeaux wine in the market place

High prices are not the only issue Bordeaux faces.  The region has an image problem. Due to the extreme high selling prices of some wine, for example the First Growths and some of the more glamorous Right Bank wines, consumers wrongly surmise most, if not all Bordeaux is overpriced.  Nothing could be further from the truth!  The majority of good Bordeaux remains affordable.  World class Bordeaux often sells for less than their counterparts in Burgundy, Italy, America and other regions. Plus Bordeaux wines are available in quantity and remain easy to find.  When it comes to futures, most wine buyers are seeking to secure allocations of the top 50-100 wines.  The problem with 2010 futures is, consumers are asked to pay for those wines a few years in advance of bottling and delivery. If the chateaux are not going to allow buyers to profit from buying early, the wines will probably sell in bottle, but not as a future.

The word on the street

Many writers, bloggers, merchants and critics have written 2010 is off to a slow start due to high prices and low demand.  Posters on web sites have been saying for years that Bordeaux wine prices are a bubble ready to burst.  They seem to have forgotten that as recently as 2008, the wines dropped in value by close to 50%.  Today, prices have rebounded with a vengeance.  Today’s consumers are faced with a new age for wine prices. The good old days are gone. How far in the future will we need to look before 2010 is considered the good old days? 3 years, 5 years or even 10 years, is the question.

I have a strong track record for making wine market prognostications. When 2005 was first offered, I wrote numerous times Bordeaux fans should buy those wines. They were they great wines in a beautiful style and the next great vintage would make them look cheap. I had no idea that only 4 more years later, 2009 would make 2005 look cheap and 2010 would be more expensive than 2009! That is not healthy for the Bordeaux futures market.

These are the prices consumers will need to get used to paying.  2010 has been a long, slow campaign. Few 2010 wines are going to move in price. . The truth is, few wines are finding homes with end users today.

All the high scoring back vintages selling for less than 2010 will move in price to match the prices being asked for 2010. Years like 2004, with good but not great wines will continue offering value. Wines scored in the low 90 Pt. range by Robert Parker will continue selling at fair prices.  But the strong wines from the best previously released vintages will quickly move up in price. Smart consumers will take advantage of those opportunities before those wines rise in price to meet current 2010 price levels.

The situation is worse for Americans. Very little 2008, 2009 and now 2010 will be sold to America. Merchants will not take the risk on holding stock at these prices. There will be no major dumping of back stock because the stores are not willing to buy more than they need. The exchange rate for Americans is a major concern.  A shift in the economic tide could allow Americans to buy the wines at a later date for 20% less than they are currently being asked to pay.

What to do about the 2010 Bordeaux futures offerings?

2011 is off to a good start as a growing season.  It’s dry, warm and the vintage is on target to harvest almost a month earlier than usual.  It’s too early to know how 2011 Bordeaux will turn out.  But what would happen if Bordeaux produced another great vintage?  How much wine can the market absorb at the current price levels?  If 2011 turns out to be a strong vintage, for the wines to sell, in all probability, the prices will need to be lower than 2010.  If that happens, consumers who purchased the expensive 2009 and more costly 2010 are going to be upset and lose faith in the futures of futures if their investment does not produce positive results.

My advice for buying 2010 Bordeaux futures is; pay what you are willing to spend to drink the wine. The days of instant profit for wine buyers are over.  No longer can you buy a wine hoping to make 20% in a week or month.  You might not even make much money when the wines are in bottle. If that low level of return happens with increased infrequence, the future of Bordeaux futures does not look as bright as it used to be.

The price is the price

“The price is the price” is a common refrain in Bordeaux.  Truer words are seldom spoken. But just because a wine is priced, does not mean the consumer needs to buy it as a future. Many things are considered before an owner prices their wine.  Part of the thought process is pricing at the same or higher levels than your competitors.  Current selling prices for equal quality vintages are also a consideration.  2005 and 2009 are both quality competitors for 2010.  Prices for 2010 futures should have been less than 2005 and 2009 to allow for some margin in favor of the consumer.  Having tasted the vintage twice, the quality is there.  But for most 2010 Bordeaux, it’s reasonable and prudent to wait until the wines are in bottle before buying. Please note, I said, “most.”  There are some wines worth purchasing as futures, fair, but many wines are too high at this point.

Vinexpo is an annual event.  It takes place in Bordeaux every other year. More than 50,000 people attended Vinexpo in Bordeaux this year. Negociants reported strong sales.  But the sales were not for 2010 Bordeaux.  Most of the business was written for vintages from 2000 to 2008.  Demand remained extremely light all over the world for 2010 futures.

If the trend for higher release prices continues, it’s possible a different model of selling Bordeaux could develop.  It’s important to remember, while futures have been sold for centuries, it was less than 30 years ago that consumer for futures was almost non-existent. It is not out of the question for the system to change.  Lack of consumer demand for futures could force that to happen. Taking this one step further, chateaux owners might one day hold their wines until they are bottled and ready for delivery.  While the top 50 properties have the funds to wait years before they are forced to sell for cash flow.  This would be a hardship for many chateaux that are not amongst the elite. The top chateaux look at the business model for Harlan Estate wines with envy. Harlan sells all their wines approximately 18 months before they deliver the wines. The bottles are sold directly to the consumer for prices close to $600 per bottle!  Harlan sells about 1,500 cases a year. The top Bordeaux chateau produce a lot more wine, which would make this a daunting proposition. But one can dream.

Following Vinexpo; Robert Parker on his website wrote, “Think we are witnessing the killing of the golden goose… my instincts also suggest the EU will have to monetize their debt problems (the PIGS-Portugal, Spain, Italy, Greece), and while I “ain’t no” economist, this could very well seriously weaken the euro… buying these wines with the current USA dollar value seems like throwing money down a rat hole… and 2011 is already 3 weeks ahead of schedule.”

Most of the top Bordeaux chateaux that have not offered their wines yet are set to release prices this week. Some of have raised prices from 2009. Others remained the same as last year. Chateau Cos d’Estournel was the first major property to lower their prices.  Chateau Ducru Beaucaillou followed suit. While those are healthy gestures, were they enough to spark the market?  Not according to some negociants and merchants.

Customers will eventually pay for the best Bordeaux wines, but not as futures. There is too much risk and not enough reward. These are interesting times to be a wine lover, wine buyer, chateaux owner, wine merchant, negociants or drinker.  Like a fine Bordeaux that needs time to develop, this situation will require time before it’s sorted out.  But unlike a fine wine, this campaign is not developing well.

Collectible Bordeaux Wine Market, market for other collectible wines
Previous Article2010 Cos d’Estournel, 2003 Cos d’Estournel with Jean Guillaume Prats
Next Article 2010 L’Evangile Pomerol Bordeaux has it improved since April?