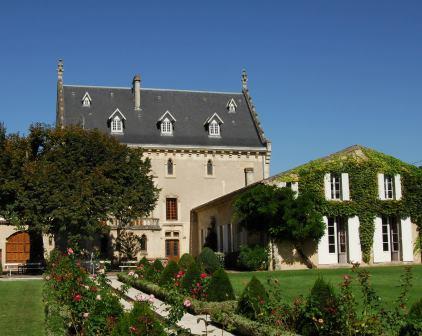 Learn everything about Chateau La Gaffeliere St. Emilion, Premier Grand Cru Classe B with wine tasting notes, and wine with food pairing tips. Learn the best vintages, a history of the property, information on the vineyards, and winemaking. If you want to read about other important, Bordeaux Chateaux: Links to all Bordeaux Wine Producer Profiles

Before the modern era for Chateau La Gaffeliere took hold, from all the ruins left behind by the ancient Romans, it is clear vines were cultivated here thousands of years ago.

Chateau La Gaffeliere has the unique distinction of being one of the oldest, family-owned vineyards in the St. Emilion appellation of Bordeaux. The family can trace their roots in the Right Bank all the way back to the 1400s!

The fifteenth-century Bordeaux chateau of La Gaffeliere might not have always been a winery. In fact, the chateau could have been used for a completely different purpose. It is possible that the chateau might have been a gaffeliere. A gaffeliere is translated from ancient French to a leper colony.

While parts of the estate date back to the 11th century, the true beginnings of La Gaffeliere as a winery started with the arrival of the Comte de Malet-Roquefort in the 17th century. They are responsible for the unique, Gothic-styled chateau, that is easily visible from the main road leading to the Saint Emilion village.

By the 18th century, Chateau La Gaffeliere had earned a reputation for producing high-quality, St. Emilion wine. At some point in time, the vineyard was split with some of the land shifting to what became Canon La Gaffeliere, located just down the road. 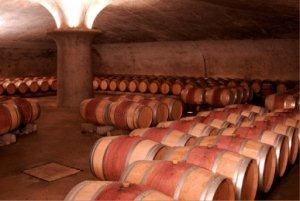 The wines of Chateau La Gaffeliere during the 1980s were moderate at best. It was not their best period, even though at some point during that decade, that is where a young Alexandre Thienpont learned his trade. Alexandre Thienpont is better known for the chateau he owns in Pomerol, Vieux Chateau Certan.

After 1964 the quality of the wines being produced at this Right Bank estate slipped and did not fully recover until Stephane Derenoncourt teamed with the Malet-Roquefort family.

In late 2014, Count Alexandre de Malet Roquefort purchased 13 hectares from the Cassatt family that included Chateau Mauvezin, Domaine de Peyrelongue and Chateau Haut Badon. From those 13 hectares of vines, it is thought that 3 – 4 hectares of vines are of Classified Growth quality. Also in 2014, Chateau La Gaffeliere removed three hectares of their vines for replanting.

The 38 hectare Saint Emilion vineyard of Chateau La Gaffeliere is planted to 70% Merlot and 30% Cabernet Franc. This is quite different than what you find as recently as the mid-1990s. In those days, the Merlot was only 65% and there was also 10% of the vines devoted to Cabernet Sauvignon. Those vines have since been ripped out and replaced. The Cabernet Franc has been increased as well.

The vineyard has a terroir of clay, limestone, chalk, and sandy soils. Underneath that, you find more clay and limestone on the hillsides. In the flats, you have more sand in the vineyard.

You can easily divide the vineyard of La Gaffeliere into 3 main sections. The best terroir is the 7 hectares of vines on the plateau close to Chateau Ausone and not far from Chateau Belair-Monange.

There is a smaller parcel on flatter land next to Moulin Saint Georges. They have one more parcel, which is their largest holding. It is located across the road from Chateau Pavie at the bottom of the slopes, where you find more gravel, rocks, and sand.

One of these days, I am going to have to ask if they ever make a parcel selection as an experimental wine. The vines are old at an average age of 40 years. The vineyard is planted to a vine density ranging from 6,000 vines per hectare to 9,615 vines per hectare for some of the newer plantings. During the early part of the 1980s, the owners experimented with machine harvesting. That practice has long since been discontinued.

There is a second wine, Clos La Gaffeliere. Since 1995, the Malet-Roquefort family also produces Les Hauts de la Gaffeliere, which is sold as both a Saint Emilion and AOC Bordeaux wine through their Maison Malet Roquefort. negociant company.

Chateau La Gaffeliere is much better with at least 8-12 years of aging in good vintages. Young vintages can be decanted for 2-3 hours or more. This allows the wine to soften and open its perfume.

Older vintages might need very little decanting, just enough to remove the sediment. Chateau La Gaffeliere offers its best drinking and should reach peak maturity between 9-30 years of age after the vintage.