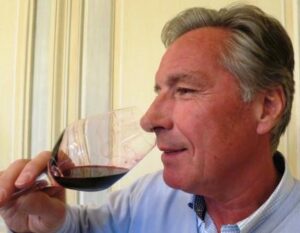 Learn everything about Esprit de Pavie with wine tasting notes, wine and food pairing tips, best vintages, a history of the property, information on the vineyards and winemaking. If you want to read about other important, Bordeaux Chateaux: Links to all Bordeaux Wine Producer Profiles

Esprit de Pavie replaced several wines in the Perse portfolio and also included portions of the grapes that used to be placed into the second wine of Chateau Pavie, Aromes de Pave.

However, there are many things that separate the wine of Aromes de Pave from Esprit de Pavie, especially the variety of fruit sources. Esprit de Pavie is produced from a myriad of Right Bank grape sources from Perse owned estates located in St. Emilion and Cotes de Castillon.

As I mentioned earlier, some of the fruit comes from what would have been used to produce Aromes de Pavie along with grapes previously used in the production of the second wine of Monbousquet, Clos L’Eglise (Cotes de Castillon) and Sainte Colombe.

Both Clos L’Eglise (Cotes de Castillon) and Saint Colombe ceased to exist after the 2008 vintage as all their fruit is now placed into Esprit de Pavie.

The wine of Esprit de Pavie is produced from a variety of different grapes that are mostly a blend of Merlot, Cabernet Franc and a small amount of Cabernet Sauvignon from St. Emilion and Cotes de Castillon.

Vinification takes place in vat. The wine is aged in French oak barrels previously used by Pavie and other Perse owned wines. On average, close to 3,500 cases of Esprit de Pavie are produced in each vintage.

Esprit de Pavie is delicious on release. Though it is better with at least 1-2 years of aging in good vintages. Young vintages can be decanted for up to 1 hour, helping the wine soften to help develop the aromatic character.

Older vintages might need very little decanting, just enough to remove the sediment. Esprit de Pavie offers its best drinking and should reach peak maturity between 2-7 years of age after the vintage.