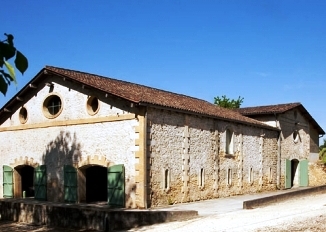 Learn everything about Domaine de Courteillac Bordeaux Superieur with wine tasting notes, wine, and food pairing tips, best vintages, a history of the property, information on the vineyards, and winemaking. If you want to read about other important, Bordeaux Chateaux: Links to all Bordeaux Wine Producer Profiles

Dominique Meneret was also the director of Chateau Larmande in St. Emilion for a bit.

Things really began to turn around for the property when Dominique Menert bought the property from Stephane Asseo, who had owned the vineyard since 1982. The sale took place after Stephane Asseo left Bordeaux to create the popular California winery, L’Aventure in the central coast appellation of Paso Robles.

Stephane Asseo and Dominique Meneret are business partners in the California winery. Since Stephane Derenoncourt began consulting on the wine-making and vineyard management of Domaine de Courteillac, there has been a marked improvement in the wines being produced at the estate.

In late, 2016, it was announced that the large, Chinese wine and spirits retailer, Daohe Wine and Spirits, purchased Domaine de Courteillac from Dominique Menert for an undisclosed sum of money. The entire technical team will remain in place with the property.

Domaine de Courteillac is a strong example of a Bordeaux value wine with the designation of Bordeaux Superieur.

Domaine de Courteillac is better with at least 1-2 years of aging in good vintages. Young vintages can be decanted for up to 1 hour, helping the wine soften to help develop the aromatic character.

Older vintages might need very little decanting, just enough to remove the sediment. Domaine de Courteillac offers its best drinking and should reach peak maturity between 2-6 years of age after the vintage.