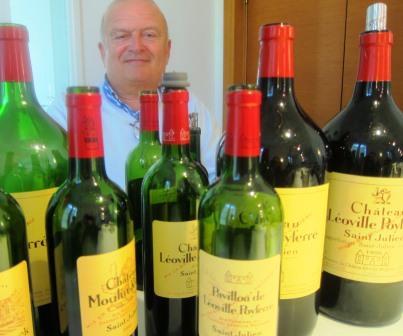 It’s not often we get to taste wines at their peak. In part, because as Bordeaux wines age, they become harder to find and more expensive. It’s important to taste wines at different stages of maturity. Not just because it shows us how a wine is when it has reached it’s peak evolutionary stage, but it also allows us a glimpse into what we can expect as we age and cellar the current vintages of an estate. At 20 years of age, the 1996 Leoville Poyferre is really starting to show its stuff, proving that patience is a virtue.

In color, the wine is showing some lightening at the edge. The perfume offers a smoky bouquet of scents with cassis, cigar box, cedar wood, blackberry, tobacco, coffee and forest floor all showing their essence. Full bodied, round, plush and really starting to soften, the finish is fresh, clean, smooth and delivers a sweet, dark cherry note that sticks with you. Close to fully mature, this bottle was popped and poured and probably enjoyed far too quick. But isn’t that one of the signatures of all the really great wines? The wine was produced from a blend of 70% Cabernet Sauvignon, 25% Merlot and 5% Petit Verdot. 93 Pts

Wine of the Week 1996 Ducru Beaucaillou

Wine of the Week 1996 Pichon Baron