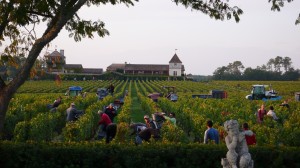 David Ornon from Smith Haut Lafitte in Pessac Leognan discussed the 2010 Smith Haut Lafitte harvest with us.  Ornan referred to the growing season as a dry, cool year.  Did any of the weather patterns remind Ornan of the 2009 harvest?

“With a total of 962°C compared to 982°C, 2010 was close to the summer of 2009. However, it was significantly cooler than 2005, which totalled 1052°C. What effect did the cooler temperatures have on the harvest? “The cool weather had a substantial effect on the balances of our wines, preserving a good level of acidity and attractive aromatic freshness.”

Was the 2010 Smith Haut Lafitte harvest a dry year for you? “The low rainfall from March to August 2010 is a good indicator of the dry conditions typical of this vintage.”

Many producers reported difficulties with the Merlot.  What happened at Smith Haut Lafitte? “The flowering of the Merlot was difficult and uneven. It lingered from May 25 until June 10.” What caused the delayed flowering? “It was delayed by a cold spell at the end of May. This caused a poor fruit set and millerandage set in. The Merlot was not tightly packed, which was an advantage if we developed botrytis.” 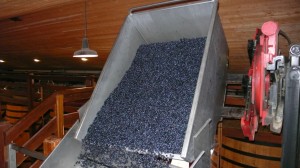 For the 2009 harvest you were one of the first chateaux to embrace the Oenoview satellite imaging system. Did you use it again this year?

“Yes. “We put this system to new use in order to identify differences, even tiny, between the various soil types on the estate and to chart these clearly and accurately with a resolution in tens of centimetres. We have ended up with a true patchwork that represents exactly the soil types and plant development data for the entire Smith Haut Lafitte vineyard, a tool that will enable us to cultivate our vines and take harvesting decisions with even more precision.”

Smith Haut Lafitte continues to be on the cutting edge of technology.  You used optical sorting for the 2009 harvest.  As you have experience with this technique, has it changed how you handled the fruit in 2010? “The quality of the sorted fruit was perfect. The line of 100 air jets is equivalent to a team of 100 sorters. However, the use of these new machines made it necessary to add a number of conveyor belts to carry the harvest from one to another. To limit this repeated handling of the grapes, we modified the layout in the vathouse with a better use of gravity. How did you do this? “The de-stemmer was positioned above the vibrating table and then we used the natural differences in height between our cellars to transfer the grapes from the table to the small transport vessels.” 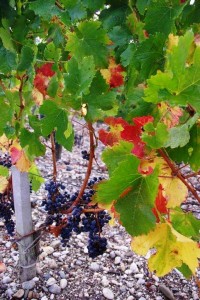 What are your potential alcohol levels? “The Merlot varies from 13.5% to 15%. The Cabernet is slightly lower between 12.5% and 13.5%. Acidity remains high pH readings ranging from 3.65 to 3.78. Analysis results of grape tannin and anthocyanin content using Glorie’s method, show very high concentrations around 15 to 20% above 2009 levels, although the 2009 vintage is itself a reference for high concentrations of these polyphenols. Grape size is on average 20% smaller than the previous year.” 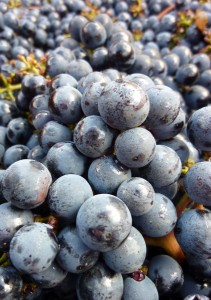 Smaller berries are an indicator of more flavor and concentration.  2009 remains my favorite vintage of Chateau Smith Haut Lafitte.  It will be interesting to taste their 2010 wines in April.