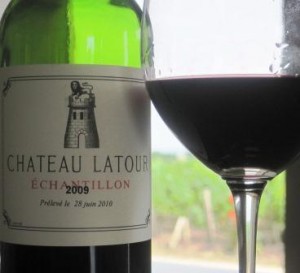 The 2009 Bordeaux wine vintage got off to a slow start after the cold, dry winter. March experienced some rain and warm, spring temperatures. April was average, except for the warm burst in temperature that took place in the middle of the month, from April 18-24. Hail struck the appellation causing damage to Pessac Leognan and parts of the Right Bank in April. May and June were warm, sunny and dry.  Some parts of the Entre-Deux-Mers were smashed by a strong hail storm that struck first May 25 and then again on June 1. Following a heat spell that took place from May 27 to June 4, the flowering ended up being and easy.  June, July and August were sunny, warm and dry. In fact, records were set for the amount of hours of sun the vines enjoyed. August was perfectly warm and dry. The weather was forecast was for heavy rain. But the rain never fell. Bordeaux received only a minor rainfall in early September. Starting September 21, conditions were perfect and remained flawless for the remainder of the harvest. October remained warm, sunny and dry with cool nights and cold mornings, which was perfect for picking. This allowed growers to pick when they decided the grapes were ripe. This perfect combination of warm, sunny days and cool nights was one of the keys to the success of 2009 Bordeaux wine. 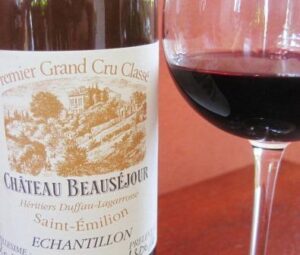 2009 Bordeaux wine is the sexiest, most opulent vintage I have tasted from the region. The wines are deep, round, rich, ripe and filled with glycerin.  The fruit, skins, seeds and stems achieved full ripeness in most of the top chateaux.  The vintage is not homogenous. While the wines at the top are extraordinary, it is not a consistent vintage. Pomerol is exciting.  In fact, 2009 Bordeaux wine from Pomerol could be the best vintage the appellation has produced in modern times! But its neighbor, St. Emilion  was less consistent. Clearly, some superstar wines were produced. But other 2009 Bordeaux wine from St. Emilion lacked lack freshness. This lack of acidity allowed certain wines to feel flabby. 2009 announced the resurgence of Beausejour Duffau, which had not released a great wine for close to 20 years!

In the Left Bank, 2009 Bordeaux wine can be stunning ! A plethora of sublime wines were produced in the Medoc.  Many wines from Pauillac, St. Julien and Margaux are so good, they are close to off the charts! Pessac Leognan was also successful and so are the sweet Bordeaux wine from Sauternes. In St. Estephe, Montrose is close to perfect and Chateau Cos d’Estournel produced the best wine in their history, which along with Chateau Latour, could be the 2009 Bordeaux wine of the Left Bank!

The futures campaign for 2009 Bordeaux wine was shockingly expensive. It was the first vintage in close to 30 years that was not heavily promoted to the American market. 2009 Bordeaux wine  set to be a proving ground for the viability of consumers purchasing Bordeaux futures.  Because the wines were offered at very high prices, at the time, it was is unknown how well the wines would perform in the marketplace, or when released in bottle. That point was rendered moot when the 2010 Bordeaux wines were priced, as they were far more expensive than 2009 Bordeaux wine!

In April, 2012, Robert Parker released his in bottle tasting notes and ratings for the wines. At that moment, 2009 Bordeaux wine stepped into the history books.  A shockingly high number of wines were rated 100 Pts by Parker. In fact, 19 different 2009 Bordeaux wine’s hit triple digits!  To quote Parker, “Don’t shoot him, he’s only the messenger.”

With millions of bottles scoring 100 Pts in the marketplace, places have remained low, all things considered. It is our contention that in time, 2009 Bordeaux wine will become the most expensive and collectible Bordeaux vintage in history. However, not every 2009 Bordeaux wine is expensive. The majority of quality wines are available for reasonable prices, for wines of this quality. For a look at 2009 Best Bordeaux wine for the money today