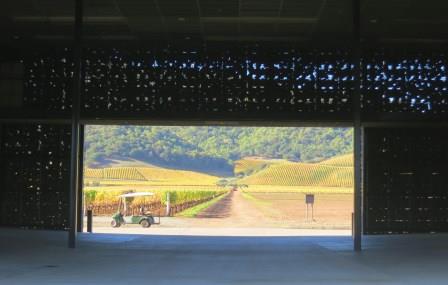 The vineyards of Dominus Estate have connections to the original history of the Napa Valley as they date back to the mid 1850's, or even earlier, when it was first cultivated. At the time, it was known as the Napanook vineyard. The beginning of the modern era for the estate starts when the vineyard was purchased by John Daniels. John Daniels remains one of the true pioneers in Napa Valley for his efforts during the 1940's, due to his time at the famous Inglenook estate.

The next chapter in the tale of Dominus Estate begins in the late 1960's. Christian Moueix who is better known for his work in Pomerol with family owned properties like, Petrus, Chateau Trotanoy and Chateau La Fleur Petrus fell in love with California when he was a graduate student at UC Davis, studying oenology in 1968 and 1969. At the time, to learn more about viticulture practices in the Golden State, Christian Moueix worked at Beaulieu Vineyards in 1968 during the harvest. Fortunately, 1968 turned out to be perhaps the best vintage of the decade in California!

By the time 1982 rolled around, Christian Moueix formed a partnership with Robin Lail and Marcia Smith, the daughters of the well-known and respected John Daniels. Robin Lail and Marcia Smith inherited the vineyards from their father that were to become Dominus Estate. The new trio's debut vintage took place the following year in 1983. In the formative years for Dominus, Jean Claude Berrouet, the winemaker for Petrus and for most of the Moueix family owned and managed estates in Bordeaux was involved in the production of Dominus. 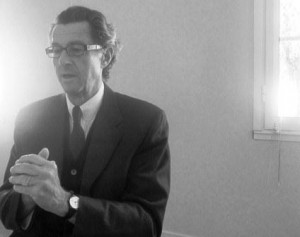 Christian Moueix, with the aid of the architects Jacques Herzog and Pierre de Meuron created the now famous and architecturally stunning Dominus winery from that allowed the structure to become part of the vineyard environment. The initial vintages are quite tannic, rustic and bright. That turned around with the trio of 1990, 1991 and 1992 vintages of Dominus. Twelve years after the partnership with the Lail family started, Christian Moueix became the sole owner of the Dominus Estate in 1995.

Many of the practices employed at the Moueix properties in Bordeaux are in use at Dominus Estate as well. The vines are crop-thinned once or twice a year, depending on the weather during the growing season. Green harvesting and canopy management is similar to what takes in their Bordeaux properties as well. The clusters receive the same care to see they are separated to allow more aeration. Before harvesting starts, the vines are deleafed as well. 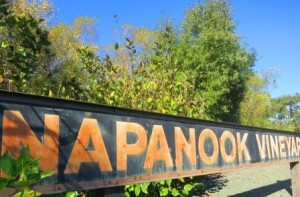 Dominus Estate spends close to 18 months in 50% new French oak barrels, which is also close to what takes place at the Moueix wines in Pomerol. Starting in 1996, Dominus Estate introduced a second wine, Napanook, which takes its name from the vineyards original name. Dominus Estate releases close to 7,000 cases per year, while the production of Napanook is closer to 4,000 cases. With the 2009 vintage, Dominus began producing a third wine, Carpe Diem which is meant for early drinking.

Dominus is one of the best Napa wines to use in a blind tasting against Bordeaux wines. It's fresh style, balance and lack of over ripeness make this one a unique style of wine from the valley. Based on recent tastings of the 1991 and 1994 vintages, Dominus Estate has one of the best track records for aging as well.

Dominus wines are best served at 15.5 degrees Celsius, 60 degrees Fahrenheit. The cool, almost cellar temperature gives the wine more freshness and lift. Young vintages of their red wine can be decanted for 1-3 hours, depending on the character of the vintage. This allows the wine to soften and open its perfume. Older vintages might need very little decanting, just enough to remove the sediment.

Starting with the 2012 vintage, Christian Moueix introduced a new wine, Ulysses. Ulysses comes from vines planted in Oakville, not too far from Dominus. In fact, the vineyards for Ulysses are located just north of the famous Napanook vineyards used by Dominus.