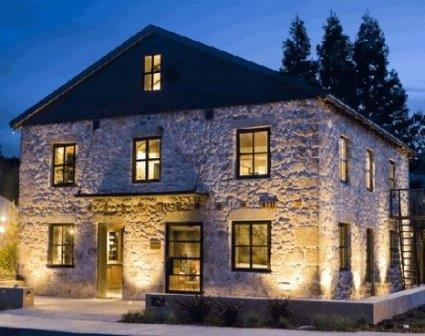 In time, this eventually led to the founding of Merryvale with Bill Harlan and the creation of Dominus, with Christian Moueix in 1982. Dominus was created using the Napanook Vineyard, which Robin Lail inherited from her father, after he passed away in 1970. After selling her interests in Dominus and Merryvale, Robin Lail took a few to put together Lail Vineyards, which released their first wine in 1995. One of the first moves Robin Lail made was to bring in Philippe Melka as her consultant, a relationship that continues through to today. The first release for the fledgling winery was the 1995 J. Daniels Cuvee, produced from a blend of almost equal parts, Cabernet Sauvignon and Merlot.

Lail Vineyards was founded using the families last remaining parcel of vines from their inheritance, the 2.5 acre Totem Vineyard. The Totem Vineyard was part of the original tract of vines used to create Inglenook. They also own property on Howell Mountain, the 3 acre Mole Hill Vineyard, which rests at just above the fog line, at 1,600 feet. Up here, you find soils with rocks and loam, perfect for Cabernet Sauvignon. Lail Vineyards also uses grapes from various sources in Coombsville, Dutch Henry Canyon, Oakville and St. Helena.

Lail Vineyards also produces Sauvignon Blanc from vines planted in the Oakville appellation. 2002 marked the debut vintage for their white wine, initially called Georgia. That was eventually changed to Blueprint. Blueprint Crocker Vineyard began being produced with the 20007 vintage.