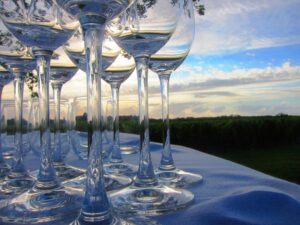 For a look at 2010 Bordeaux wine tasting notes, reviews and ratings from over 250 different chateaux, please read the following article: https://www.thewinecellarinsider.com/category/2010-bordeaux-wine-reviews-tasting-notes-ratings/

The Future for Bordeaux Futures

Wines sell for what the market is willing to pay, regardless of if the price is on the way up, or down. However, if trends continue showing futures are too much money, because there is not enough upside potential remaining for consumers to buy early, the lucrative futures market could go the way of the dodo.

Is 2010 Bordeaux priced too high for the market to bear? Is there a reason to buy Bordeaux futures?

2010 Bordeaux appears expensive to many of us that have been buying Bordeaux wine for years. But for people not used to paying less money, who knows? With no previous access to purchase Bordeaux futures, current prices might appear like good buys.  At least that is a good part of what the chateaux owners and negociants are hoping for.

For centuries Bordeaux wine buyers have complained about rising prices, yet the wines continue to sell and increase in price. Will this trend continue? Or are Bordeaux wine futures priced at such a high level, they will stagnate or decline?

The only way true way to know if 2010 Bordeaux is priced fairly is the end result. Customers willing to pay 2-3 years in advance need to know they were rewarded for their risk.  This means that by the time the wines are bottled, to be considered a good investment, they should have risen in price by at least 20% to 30%.  If not, why should customers pay for the wines so far in advance?

It is not in the interest of Bordeaux to overprice their wine.

Generally speaking, in the best vintages, Bordeaux prices their wines correctly.  It’s the moderate years that often lead to over pricing. Over priced wines hurts the lucrative, futures system for Bordeaux. If the wines get a reputation for not moving in price, consumers will stop buying futures. This does not imply they will stop buying Bordeaux. It means they will refuse to buy futures if there is nothing to gain for their willingness to risk their money prior to the wines being bottled.

The previous campaign for 2009 Bordeaux appears to be a mixed success.  Some wine sold better than others due to the magic combination of high scores from Robert Parker and fair prices.  However, one year later, many wines have not moved in price, at least, not yet.  When consumers become aware of how much more 2010 Bordeaux is priced at, I expect most 2009 to hit the same level as 2010.  In part, the soft prices for 2009 are due to the lingering effects from a recession.  Blame also goes to the new, high price levels being sought for the wine.  Similar to 2010, but one year in advance, the level of success of 2009 futures will not be known until the wines are in bottle and available for sale in the stores.  If prices escalated enough to have offered a fair rate of return to consumers that purchased the wine, all is well with the future of futures for another vintage.  If the wines are available for the same price when they are in the stores, or worse, if they need to be discounted to sell through, that is a problem for the Bordeaux En Primeur system.  Perhaps that’s an exception.  If the same thing takes place with 2010, you have a trend. That is not what any business needs.

America has been a key market for Bordeaux wine since 1982.  No other current, active market has purchased as much Bordeaux wine as the United Stated in the best years.  While that vintage selection mentality irks the Bordeaux trade, the willingness of American wine enthusiasts to buy unlimited amounts of Bordeaux made for a great relationship.  In 2011, things are different.  America is still having economic difficulties.  The exchange rate for the dollar continues to decline and the enormous previous buyers, Costco, Deutsch and Diageo are no longer buying and selling Bordeaux wine.

In previous campaigns like 2005, numerous small American stores bought and sold 2005 because they had access to the wines.  Today, that is not the case. Fewer stores will offer 2010 Bordeaux than at any time in recent memory. This is not a good trend for Bordeaux. You don’t need a Harvard MBA to know a decrease in sales is bad for business.

American merchants and Bordeaux negociants all agree the United States is not an active market for 2010 futures.  Some wines are meeting price resistance. 2009 was a much better campaign in America.

Where does China fit in with 2010 Bordeaux?

The Chinese market has unlimited potential. The size of the population and the amount of discretionary money is staggering. While that’s lovely music for some chateaux owners, along with negociants holding stock, that has caused supply problems for mature Bordeaux markets. In turn, that shortage triggered price hikes for collectors. Some of those older consumers are not willing to pay current prices for Bordeaux. But is China prepared to buy Bordeaux futures? And not just a limited amount of brands?

According to Stephen Browett of Farr Vintners, perhaps the world’s leading trader of Bordeaux wine.  Farr maintains offices in London and Hong Kong. Browett said, “The concept or Bordeaux futures are not yet taking hold in China.”  Much of the wines selling in China today are being purchased investors seeking to make profits when the wines are released.”  Browett shares my view that things will change in Asia and in time, they will become a powerful marketplace.

.
Based on conversations with negociants, coupled with what I learned during my time in China, I conclude that current demand remains focused on specific wines. With a few well-known exceptions, those wines are the same labels being sought by wine funds. More importantly, the Asian culture has not lent itself to paying for wines that are not going to be delivered until the wines are in bottle, close to two years after the payment has been made. That was the case with 2009 Bordeaux.

.
Eventually China will become a wine buying country. In time, the Chinese will purchase a wide range of wines. There are differing opinions on the Chinese market. Chateau owners and negociants say, “China is already prepared to purchase futures.” Collectors and wine merchants not doing business with the Chinese are convinced that’s never going to happen. The truth is probably resting comfortably someplace in the middle, while we wait to see what will happen as the campaign continues to unfold. While some brands have sold well in China as futures, Beychevelle, Grand Puy Lacoste and Pontet Cantet in 2010, it is too early to tell what will happen with all the wines from 2010.

Part 2, the conclusion of this article will be posted Monday, June 27.