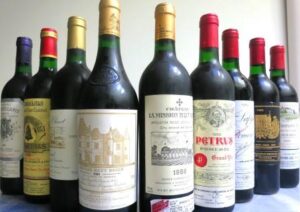 1989 Bordeaux Wine Vintage Summary with harvest information, vintage characteristics, buying tips and links. If you are seeking more in-depth information on anything and everything related to the Bordeaux wine region please see the: All About Bordeaux Wine Guide

1989 Bordeaux wine remains a unique vintage.  The 1989 Bordeaux vintage got off to an auspicious start with a wet spring, following the very, mild winter conditions. Things rapidly improved.  By May, the vines were close to three weeks ahead of schedule. Flowering was early and even. The summer was hot, sunny and dry. In fact, it was the hottest summer on record in ages. You had to go all the back to 1949, to find equally hot temperatures. In fact, since records were kept, only 1947 recorded hotter temperatures during the summer months. With a harvest start date of August 31, 1989 Bordeaux is the product of one of the earliest harvests in history. You need to travel back to 1893 to find a year where the picking of Merlot and Cabernet Sauvignon commenced as early as August 18! The length of time allotted to pick also set a record.  While most chateaux finished picking by late September, a few growers did not complete their harvest until October 15!  There was a lot of wine too. It was a large harvest for Cabernet Sauvignon and Merlot grapes. 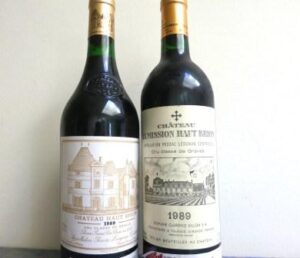 1989 Bordeaux wine provided numerous examples of stellar Bordeaux. But with the notable exception of Chateau Haut Brion, it is a year where the best 1989 Bordeaux wine was not made by the First Growths. 1989 Bordeaux wine is in large shaped by the fact that the Merlot was favored over Cabernet Sauvignon. The reason for that is, numerous Left Bank chateaux harvested their Cabernet Sauvignon before the grapes had the chance to reach full maturity. The Merlot set a record for alcohol levels at that time, reaching between 13.5% to almost 15% for some vats! That  level of ripeness and alcohol was unequaled in those days.

As an appellation, perhaps Pomerol was the most successful region for quality 1989 Bordeaux wine. That being said, the wine of thereat wines vintage is Chateau Haut Brion! It will be considered one of the great wines of the century, along side the historic 1961, 1959 and perhaps even 1945 Haut Brion. 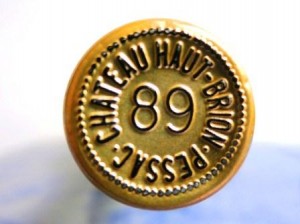 1989 Bordeaux also marked a return to greatness for several estates that are now producing very sought after wines. For example; Chateau Angelus, Chateau Montrose, Chateau Lynch Bages, Chateau Pichon Baron, Tertre Roteboeuf, and Chateau Troplong Mondot all produced their best wine in decades! 20 years later, many of the best wines are mature and offer compelling tasting experiences. Only a few wines demand additional cellaring. 1989 Bordeaux wine was also a very strong vintage for the sweet white Bordeaux of Sauternes and Barsac. While not as concentrated as the sweet wines from 1988 or 1990, there is perhaps a bit more acidity and lift to the wines. 1989 Bordeaux also produced outstanding dry, white Bordeaux wine from Pessac Leognan appellation. 1989 Haut Brion Blanc remains one of the best, white Bordeaux wines ever produced!

The following list of Bordeaux wines represent the wines offering a high ratio of price and quality for the vintage:  1989 Best Bordeaux wine for the money today