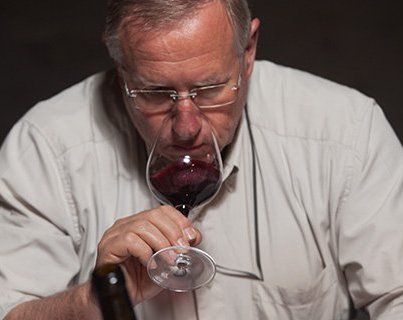 Learn everything about Andre Brunel Les Cailloux, Chateauneuf du Pape with wine tasting notes, wine, and food pairing tips, best vintages, a history of the property, and information on the vineyards and winemaking. If you want to read about other important wineries and winemakers from the Rhone valley: Links to all Rhone Valley Wine Producer Profiles

Andre Brunel owns Les Cailloux, a popular and well-known Chateauneuf du Pape property. He is the third generation of his family to manage the Southern Rhone Valley estate. Fittingly, Domaine Les Cailloux takes its name from the cailloux roules, which is the French term for the large stones found littered all over the Chateauneuf du Pape region, and of course, makes up an important component of their terroir.

The Brunel family has a long history in the Chateauneuf du Pape appellation. In fact, they’ve been in the area since the 1700s.

The first vintage for Les Cailloux was 1950, which remained in the barrel for almost 4 before it was finally bottled and shipped in 1954. Not much wine was made, so it is quite difficult to find these days. The entire production of their debut vintage was at best, 250 cases.

Les Cailloux owns 21 hectares of vines. 19 hectares are devoted to red wine production and 2 hectares are used to make white Chateauneuf du Pape wine. The main grape variety they grow is Grenache. 70% of their vines are planted to Grenache followed by 17% Mourvedre, 10% Syrah, and 3% Cinsault.

Some of their vines are among the oldest in Chateauneuf du Pape. They have Grenache vines that are close to 120 years old! The terroir is filled with loam, limestone, rock, stone, and sandy soils.

For the production of their white wine, the vineyard is planted to 85% Roussanne and 15% Grenache Blanc. All vineyard practices include sustainable farming techniques. Many of their best parcels are located not far from Mont Redon.

Andre Brunel Les Cailloux Chateauneuf du Pape is usually a blend of 65% Grenache, 20% Mourvedre, 12% Syrah, and 3% of different grape varieties. Over the years, there has been a slow, but steady increase in the amount of Mourvedre added to the blend.

The vines are on average 60 years of age. The terroir is rocks stones and limestone. The vines are planted in the le Bois de la Ville, Cansaud, Farguerol les Reves and les Serres lieux-dits.

About 70% of the grapes are destemmed. Following fermentation, the Grenache is aged in enamel-coated, cement vats. The Syrah and Mourvedre are aged in 1 to 3-year-old small barrels.

On average, the wines remain in vat or barrel for between 15 to 20 months, depending on the character and grape varietal. About 5,000 cases are produced each vintage.

Andre Brunel Les Cailloux Cuvee Centenaire made its debut in 1989. Because 1889 was the first year their vines were planted in the Chateauneuf du Pape appellation, to celebrate the 100th anniversary, and as you might guess, this is where the inspiration to produce and name the wine came from.

Les Cailloux Cuvee Centenaire comes from their oldest Grenache from vines averaging over 100 years of age. About 10% Syrah and an equal portion of 10% Mourvedre are usually included in the blend.

Between 60% to 80% of the grapes are destemmed. For this special wine, the Grenache ages for 15 to 20 months in a combination of foudres and one to three-year-old barrels. The Syrah and Mourvedre are aged in demi-muids.

Not much of this special wine is made. The average annual production hovers close to 500 cases per vintage when the wine is produced. Les Cailloux Cuvee Centenaire is not produced in every vintage. The wine is only made in the best years.

Andre Brunel Cuvee Reservee Chateauneuf du Pape is the newest addition to their lineup of wine. The wine is a blend of young vine Grenache and purchased Syrah grapes. Andre Brunel uses this as a negociant wine. This is a nice, well-priced, Chateauneuf value wine that drinks well on release. 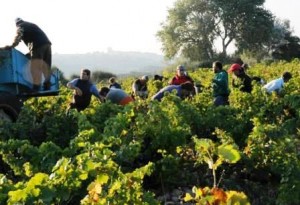 Les Cailloux also produces a white Chateauneuf du Pape from 90% Roussanne with some Grenache Blanc and Clairette to round out the blend. 400 cases are produced each year.

Andre Brunel Les Cailloux can be enjoyed on the young side. Young vintages can be decanted for between 1-2 hours. This allows the wine to soften and open its perfume. Older vintages might need very little decanting, just enough to remove the sediment.

Andre Brunel Les Cailloux is usually better with 3-7 years of bottle age. Of course, that can vary slightly, depending on the vintage. In the best vintages, the wine should be consumed within 5-22 years after the vintage.

The white wine of Andre Brunel Les Cailloux is best served with a myriad of different seafood dishes, shellfish, crab, lobster, sushi, sashimi, chicken, pork, and veal, as well as Asian cuisine and a diverse array of hard and soft cheese.

Andre Brunel is also in a partnership with Laurence Feraud from Domaine Pegau. The wine they produce is called Feraud-Brunel. In addition Andre Brunel also owns 70 hectares of vines in the Cotes du Rhone appellation. They also produce wine from vines they own in the Vaucluse Vins de Pays. There is a negociant Cotes du Rhone wine, Cuvee’ Sommelongue.