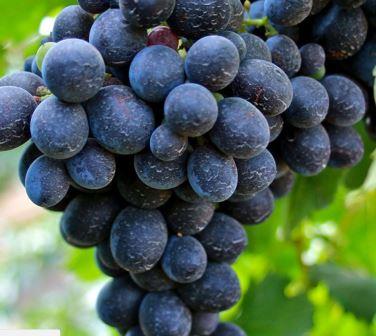 Cinsaut is a perfect grape for the Rhone Valley as it thrives in hot, windy weather. Cinsaut plantings are on the decline in Chateauneuf du Pape. Currently, close to 2.6% of vineyards in the Chateauneuf du Pape appellation are devoted to Cinsaut. Cinsaut is used primarily as a blending grape in the Southern Rhone Valley as it pairs well with Grenache, Syrah, and Mourvedre.

The early ripening grape, due to its natural, low level of tannin and acidity, coupled with the strong aromatic quality is often used in the production of Rose’ in Provence.

Outside of the Rhone Valley, Cinsault is also planted in Algeria, Australia, Corsica, Lebanon, Morocco, Tunisia, and South Africa. In fact, in South Africa, the grape was blended with Pinot Noir to create Pinotage during the early 1900s.

Cinsault as a wine and food pairing is often used with sea snails in garlic, better known as Escargot. It also works quite well in pairings with rich foods like stews, braised and roasted meat dishes, and all types of beef, lamb, goat, beef, duck, chicken, and pork.

In America, Cinsault was exported to California all the way back in the 1860s. At the time, it was called Black Malvoisie. The grape was once again used for blending with other varietals.

In California, Cinsault is often blended with Zinfandel or used in other field blends. Today in California, not many growers are using the grape.

A few of the better estates making 100% Cinsault are Turley Wine Cellars, Bonny Doon, Castle Vineyard, Preston Vineyards and Frick. In other countries, there are producers making wines from 100% Cinsault, for example; D’Arenberg in Australia.