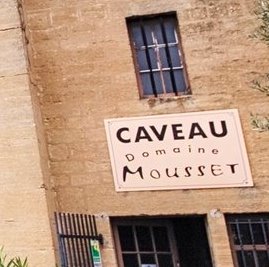 Learn everything about Domaine des Saumades Chateauneuf du Pape with wine tasting notes, wine and food pairing tips, best vintages, a history of the property and information on the vineyards and winemaking. If you want to read about other important wineries and wine makers from the Rhone valley: Links to all Rhone Valley Wine Producer Profiles

If the Mousset name sounds familiar, they have a long history in the Chateauneuf du Pape appellation. The Mousset family helped build Chateau de Fines Roches, the popular hotel, vineyard and winery in Chateauneuf. They also own Jas de Bressy and Mas Grange Blanche.

Domaine des Saumades is made from 100% Grenache with vines that are on average, 35 years of age. The terroir is pure sandy soils in the Pignan vineyard. The grapes are completely destemmed. The wine is aged for 12 months in used, French oak barrels and demi-muids before bottling. On average, the production is close to 450 cases per year.

Domaine des Saumades Blanc is produced from a blend of 40% Grenache Blanc, 30% Clairette and 30% Bourboulenc. The wine is vinified and aged in a combination of new and used French oak barrels for 6 months before bottling.

Domaine des Saumades can be enjoyed on the young side. Young vintages can be popped and poured, or decanted for about 1 hour, give or take. This allows the wine to soften and open its perfume. Older vintages might need very little decanting, just enough to remove the sediment.

Domaine des Saumades is usually better with 2-3 years of bottle age. Of course that can vary slightly, depending on the vintage. In the best vintages the wine should be consumed within 3-10 years after the vintage.