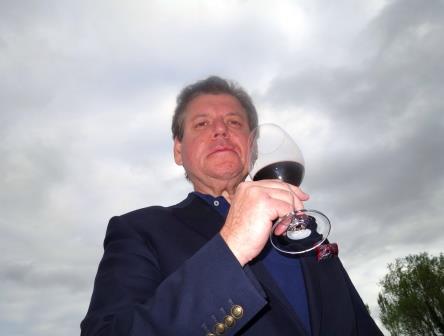 World’s end is the brainchild of Jonathan Maltus. Jonathan Maltus is much better known for making wine in St. Emilion from a variety of different terroirs. Maltus also makes wine in Australia. Chateau Le Dome and Chateau Teyssier are his 2 best known Right Bank wines. You’d think with all that experience producing Right Bank wines, he would focus on Merlot and Cabernet Franc. But that is not the case here.

At first, Jonathan Maltus wanted to buy his own vineyard. He came close to purchasing property on Spring Mountain. When that initial deal fell apart, he tracked down some very good, sources for grapes chiefly from Andy Beckstoffer and it was off to the races.

2008 marked the debut for the World’s End in Napa Valley when 3 wines were produced. Releases have not always taken place. For example, in the exceedingly difficult 2011 vintage, World’s End did not release any wine, selling off their entire harvest in bulk.

Perhaps, that caused Jonathan Maltus to find a additional, new growers to purchase fruit from, as they did not release any wine from the sublime 2012 vintage either. By 2013, they were back on track with a slate of new releases.

Jonathan Maltus loves music. That is part of reason I always enjoy a visit with him, as we have played rock music trivia pursuit and name that tune, where you wager on how fast you can name in song. Obviously, his love for music found its way to the World’s End wines, which is the inspiration for all of his wines names as you will see.

World’s End If Six was 9 is a Jimi Hendrix track from his second LP, Axis Bold as Love. The wine is a blend of 94% Cabernet Sauvignon and 6% Merlot.

World’s End Crossfire, which takes its name from Stevie Ray Vaughan song is made from 100% Cabernet Sauvignon from the Rutherford appellation.

World’s End Little Sister is a Merlot based wine.

World’s End Wavelength, which takes its name from a Van Morrison album is a blend of 40% Syrah, 30% Cabernet Franc and 30% Petit Verdot.

World’s End Against the Wind, which comes from a Bob Seeger number is made from a blend of 75% Cabernet Franc, 20% Merlot and 5% Cabernet Sauvignon.

World’s End Stir It Up – Produced from 100% Cabernet Sauvignon planted on Pritchard Hill. Inspired by a Bob Marley song, aged in 100% new, French oak barrels, close to 1,000 cases of wine are produced each year.

World’s End Rebel Rebel, of course takes its name from the David Bowie recording. The wine is made from 100% Chardonnay from vines planted in the Carneros appellation.

World’s End is best served at 15.5 degrees Celsius, 60 degrees Fahrenheit. The cool, almost cellar temperature gives the wine more freshness and lift. Young vintages can be decanted for 1-2 hours, depending on the character of the vintage. This allows the wine to soften and open its perfume. Older vintages might need very little decanting, just enough to remove the sediment.

The white wine of World’s End is best served with all types of seafood and shellfish, sushi, sashimi, chicken, veal, pork and cheese.