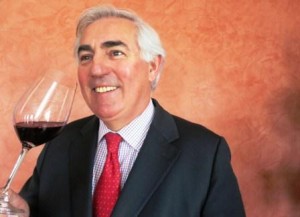 2011 Grand Puy Lacoste – Using 78% Cabernet Sauvignon and 22 % Merlot in the blend, thewine will aged in 75% new oak. Yields were 40 hectoliters per hectare. The focus this year was on sorting for the 2011 vintage.  Pickers were given sheets with nine different photographs of unripe berries they were to avoid placing in the basket. For 2011 Grand Puy Lacoste, they used two tables to sort in the cellars. The wine reached 13.3% alcohol. Earth, cedar, cassis, forest floor scents, medium body, soft tannins and a crispy, fresh, cranberry and cassis finish are found in this wine.  Drink 2011 Grand Puy Lacoste while waiting for the 2009 and 2010 Grand Puy Lacoste to develop. 90-92 Pts