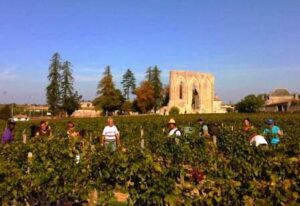 To avoid the same results of ending up in court, which is what happened after the last St. Emilion classification, a new system was put into place that is supposed to be impartial. To achieve those results, the INAO put together a team of 7 people from a myriad of different backgrounds and with no official connection to the Bordeaux wine industry. The diverse selection of members making up the team are: Mr. Tinlot (president), Mr. Guigal Northern Valley, Mr. Brugnon (Champagne), Mr. Drouhin (Burgundy), Mr. Vinet (Muscadet), Mr. Bronzo (Côtes de Provence), and Mr. Faure-Brac (sommelier).

All visits and tasting’s must be completed by April 2012. It is no coincidence that the submissions needed to be finished by the time the 2011 En Primeur takes place. With all the efforts, checks and balances in place, coupled with memories of the recent, multi-year court battle, one would think the results would be final. But that is not the case. Chateaux that are unhappy with the results will still have the right to appeal the results. Would anyone like to wager on how many estates file an appeal?

1855 Bordeaux Classification of the Medoc, Official History
Previous Article2011 Marquis d’Alesme Marjolaine de Coninck Interview
Next Article Gruner Veltliner in America, The Wine Grape of Austria Comes to The US