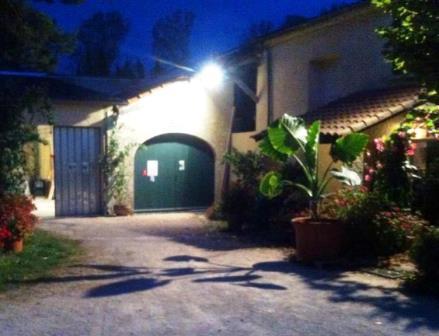 Learn everything about Domaine La Mereuille Chateauneuf du Pape with wine tasting notes, wine and food pairing tips, best vintages, a history of the property, information on the vineyards and winemaking. If you want to read about other important wineries and wine makers from the Rhone valley: Links to all Rhone Valley Wine Producer Profiles

Domaine La Mereuille is an old estate with more than two centuries of history in the Southern Rhone Valley. But as a vineyard, the estate is not that old.

In fact, prior to 1950, a good portion of the land was devoted to growing crops other than grapes for wine. Domaine la Mereuille produced their first wine in 1984. Domaine La Mereuille remains a family owned winery as the third generation is now firmly in charge of managing the winery, headed by Michel Bouyer.

Domaine La Mereuille owns 4 hectares of vines in the Chateauneuf du Pape appellation. The majority of their vineyards, 3.8 hectares are used to plant grapes for the production of red wine.

Domaine La Mereuille Chateauneuf du Pape is made from a blend of 90% Grenache, 5% Syrah and 5% Cinsault. The terroir is sand, clay and limestone soils in the Cabrieres lieu-dit. The wine is aged in a combination of demi-muid, foudres and a small percentage of used, French oak barrels for up to 24 months. About 1,300 cases are produced each vintage.

Domaine La Mereuille Les Baptaurels – The wine made its debut in 2007. Produced from up to 100% Grenache, although some vintages could have a minor portion of Syrah blended in. The terroir is pure sand soils in the Maucoil lieu-dit. The wine is aged in used, French oak barrels.

Domaine La Mereuille Cuvee d’ Aure – One of the few Chateauneuf du Pape wines produced using 100% Syrah, the vines are planted in red sandstone in the Cabrieres lieu-dit. The wine is aged in used oak barrels.

Domaine La Mereuille can be enjoyed on the young side. Young vintages can be popped and poured, or decanted for about 1 hour, give or take. This allows the wine to soften and open its perfume. Older vintages might need very little decanting, just enough to remove the sediment.

Domaine La Mereuille is usually better with 2-3 years of bottle age. Of course that can vary slightly, depending on the vintage. In the best vintages the wine should be consumed within 3-10 years after the vintage