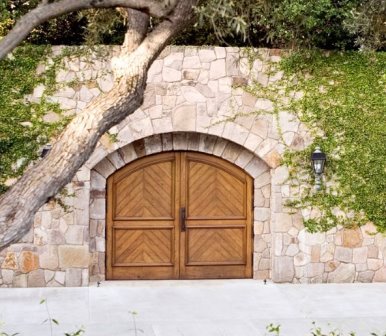 Stuart Sloan was not born to a life a wine. It was a passion. Sloan, who previously owned QFC, a chain of supermarkets in the northwest, sold his company, moved from Seattle and started an entirely new life as a winery owner.

In 1997, Stuart Sloan purchased 40 acres of land in the eastern portion of the Rutherford appellation, which gave him a nice view of Auberge du Soleil, which was just a bit below his property.

With that parcel of land, Sloan Estate Winery was founded in 1997 with the goal of making of the great Cabernet Sauvignon wines in all of Napa Valley. Stuart Sloan quickly put together an all-star team to help accomplish his goal. He hired David Abreu to plant 13 acres with vines. Mark Aubert was the first winemaker to work with Sloan. He was replaced in 2004 by Martha McClellan. Brad Grimes, who is the winemaker for Abreu was hired to assist as well. Michel Rolland, the globe trotting consultant joined the team soon after that. Sloan Estate Winery released its first vintage in 2000.

The vineyards of Sloan Estate Winery are on great terroir within site of Auberge du Soleil on the hillsides of Rutherford. The vineyard has good elevations that range from 875 feet to almost 1,000 feet above the Rutherford Bench. The terroir is mostly, rocks, stone, volcanic material, clay and white tufa soils on a cool, hillside parcel.