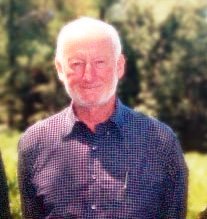 Philip Togni brings an international touch to the Napa Valley. He comes from England, studied wine making at the University of Bordeaux under the famous professor Emile Peynaud. Philip Togni moved to the Napa Valley in 1959. His first job was helping to plant vines at Mayacamas. Next, he became the wine maker at Chalone, Chappellet, Cuvaison, Gallo, Inglenook and Sterling before creating his own winery. In fact, Philip Togni was the wine maker at Chapellet when they made one of the top wines from the 1960’s, the now legendary, 1969 Chapellet.

Philip Togni Vineyard was founded in 1975, when he purchased 25 acres high up on Spring Mountain, with elevations of 2,000 feet. It took a few years before the vineyard was planted, which took place in 1981. The vineyard was replanted in the early 1990’s, due to problems with phylloxera vulnerable rootstocks.

As you probably know, Philip Togni does not produce wines with high alcohol. The style of wines made in the Left bank of Bordeaux is after all, a big influence on the owner and the estate. But if you have ever spent time looking at their labels, trying to the find the level of alcohol content, without much success, there is a reason, it’s not there! During the 1980’s, the BATF allowed wineries to state their wine had the alcoholic strength of a table wine, which was about 7% to 14%. For wineries that have not requested to change their labels, those wineries are not forced to provide exact information. If their labels remain unchanged from their label during the 1980’s, they are only required to state the wine is a table wine.

Philip Togni Tanbark Hill, which is in essence the second wine from the estate, it’s from a 3 1/2-acre parcel of young grape vines.