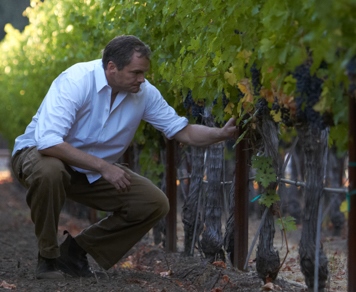 Everything about The Debate Napa Valley California Cabernet Sauvignon wine producer profile, wine tasting notes, wine and food pairing tips, best vintages, history of the property, information on vineyards and wine making techniques. You can also read about the Grapes used for California wine and learn about the extensive History of Napa Valley, California Wines

The Debate, like many wineries in the Napa Valley is a relatively new creation. Their first vintage was produced from the 2010 harvest. The winery is the creation of Jean Hoefliger and Rob McKay. Rob McKay was not involved in the wine trade previously. But as the heir to the family that helped create and popularize Taco Bell, he has been politically active for years. His involvement in those circles helped come up the idea for The Debate, which is something politics obviously inspires.

Swiss born Jean Hoefliger has a long history in wine world. He learned much of his trade in Bordeaux having trained at Chateau Lynch Bages in Pauillac and Chateau Carbonnieux, located in the Pessac Leognan appellation. Jean Hoefliger also has a track record in Napa Valley. If that was not enough, Jean Hoefliger is also in charge of Monteverro in Italy! He has experience in South Africa as well. Today, Hoefliger consults numerous estates in the Napa Valley, but he has also spent time in the past as the winemaker for Newton Vineyards. Currently in responsible for making the wines at Alpha Omega, which shares some of the same fruit sources and vineyards with The Debate. The next member of the team to come in was Michel Rolland, as their consultant.

The idea for the name of The Debate grew from the enjoyment that comes from interesting conversations. But the concept behind the winery was to produce 3 unique wines from different soils and terroirs, that once again, could spark a debate!

The Debate Beckstoffer Missouri Hopper Oakville – Produced from 100% Cabernet Sauvignon, the wine comes from a slightly cooler terroir than the other 2 sites, so you might see a bit more freshness here. The wines are made using micro vinification techniques, meaning that the wines are completely vinified in French oak barrels, and aged in the same barrel as well for about 23 months before bottling. To avoid getting too much new wood aromatics, the amount of new oak, versus used oak is an average of 70%. Not much wine is made, as only 200 cases are produced in an average vintage.

The Debate Beckstoffer To Kalon Oakville – Produced from 100% Cabernet Sauvignon comes from vines placed at the bottom of the slopes of the Mayacamas mountain range. This is warm, sun filled terroir that adds to the level of ripeness in the wine. The wine is entirely vinified and aged in 70% new, French oak barrels, for an average of 23 months before bottling.The wine is hard to find as the production is limited to 200 cases per year.

The Debate Beckstoffer Dr.Crane Vineyard, St Helena – Made using 100% Cabernet Sauvignon, the micro-climate here is the warmest of the 3 sites, giving it a more precocious terroir. The soils here are quite stony, with a mixture of rocks, stones and gravel. The wines are made using micro vinification techniques, meaning that the wines are completely vinified in French oak barrels, and aged in the same barrel as well for about 23 months before bottling. To avoid getting too much new wood aromatics, the amount of new oak, versus used oak is an average of 70%. Not much wine is made, as only 200 cases are produced in an average vintage.

When to Drink The Debate, Anticipated Maturity, Decanting Time

The Debate is a big California Cabernet Sauvignon wine. But because the fruit is so ripe, as are the tannins, you can drink this young. However, it will show best with at least 2-5 years of bottle age, depending on the vintage. The wine can be enjoyed for at least 15-25 years. Young vintages can be decanted for 1-3 hours, depending on the character of the vintage. This allows the wine to soften and open its perfume. Older vintages might need very little decanting, just enough to remove the sediment.