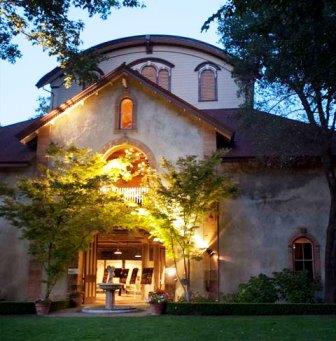 Charles Krug is the oldest winery in Napa. It’s hard to believe the winery has been producing wine since Abraham Lincoln was president back in 1861! Fortunately, many of the properties historic structures have been restored including the redwood cellar, which is the oldest, still functioning structure in the region!

The original owner, Charles Krug, has a colorful history which included a stint in prison for participating in a coup to overthrow the German Parliament. After release from prison, with tales of the Gold Rush taking place in California, Charles Krug was ready for a change. He came to California in 1852. Within a few years he moved to Napa and began a new career as a wine maker.

Charles Krug is one of the original five pioneers of Napa Valley. He is probably the only one of the original five to have worked with most of the other original members of that club. Krug’s first job in the California wine industry was working for the founder of Buena Vista in Sonoma, Agoston Haraszthy. Krug’s next job was a wine maker for the first vineyard planted in Napa by John Patchett. Patchett and Krug worked together for a few years before Krug left to form the Charles Krug Winery.

Interestingly, that wine was probably the first officially reviewed California wine. Composed by the Robert Parker of his day and published in “California Farmer Magazine,” the review said, “The white wine was light, clear and brilliant and very superior indeed; his red wine was excellent; we saw superior brandy, too.” The industry was so young, when Krug and Patchett made their first vintage, they did not even have a grape press. They used an old cider press, as that was all they had.

Following his stint with John Patchett, Charles Krug ended up marrying the daughter of one of the wealthier citizens of Napa Valley, Edward Bale. Charles Krug created the first official commercial winery in Napa Valley in 1861 based on the 20 acres the couple was given as a part of Caroline Bale’s dowry. Think about it. In 1861, Abraham Lincoln was still president, California only recently received statehood and America was engaged in the Civil War.

During the formative years in Napa Valley, most growers were still planting what was referred to as mission grapes, which was a combination of various varieties. Charles Krug felt those vines produced inferior wines and was quoted as saying, “Nothing ruins the price and reputation of good California wine more than the sale of inferior wines at low prices… The wine man must sell his inferior wines to the distiller.” Charles Krug brought along with him, a European outlook on wine production for California. He had the right idea. He wanted to produce quality wine and not just bottled, fermented, grape juice. Krug was one of the first growers to plant Bordeaux grape varieties in the Napa Valley.

In 1870, Charles Krug hired the just emigrated Jacob Beringer as his wine maker. Beringer went on to found Beringer vineyards. Aside from running his own winery. Krug was hired the winemaker for Gustave Niebaum in 1879 at his Inglenook winery in Rutheford.

The second chapter in the Charles Krug history begins in 1943 when the Krug family sold the estate to the patriarch of the Mondavi family, Cesare and Rosa Mondavi. Peter Mondavi ushered the modern age into Charles Krug when they started to produce Cabernet Sauvignon wines in 1944. The also added a wine made from Bordeaux blends known as Claret. The Mondavi’s pioneered early wine making techniques like cold fermentation and producing a special Vintage Selection bottling of the Charles Krug Cabernet Sauvignon. Charles Krug was the first California winery to begin aging their wine in new French oak barrels in 1963.

In 1958, the Mondavi family made perhaps their best purchase for Charles Krug, they obtained 325 acres of the famous To Kalon vineyard. This specific purchase was set up so that is was owned by a new company, C. Mondavi and Sons. They also purchased grapes from other growers. Their holdings of To Kaylon were used to produce their Vintage Selection Cabernet Sauvignon wines.

The history of Charles Krug and the entire California wine industry changed after Peter Mondavi and Robert Mondavi had a massive fight. Robert Mondavi was forced out of the family business and started to build his own family empire as a wine maker and winery owner. After Robert Mondavi left Charles Krug, their wines fell from favor as quality slacked off.

Today, almost 50 years later, the historic winery is trying to regain their place in the quality sweepstakes that takes place with the best wines in Napa Valley. The massive estate of Charles Krug includes 850 acres of vines planted to Bordeaux varietals. The vineyard is farmed using sustainable techniques. The family spent close to $25 Million Dollars completely rebuilding their winemaking facilities and replant much of their vineyard in an effort to once again, produce great California wine. Charles Krug continued improving their wine and reputation making some very strong wines by 2010, with their best current vintages being the 2012 and 2013. Mondavi remained active at the winery until he passed away at 101 years of age February 21, 2016. Peter Mondavi Dies,

If you’re seeking to taste fully mature, California wine at its best, the wines produced from 1945 to 1968 at Charles Krug are some of the better examples I have ever tasted. These are stunning, rich, pure, elegant tasting experiences that would fool anyone in a blind tasting when placed next to some the best Bordeaux wines of the same era. The Vintage Selection and Claret are the wines to seek out.

Charles Krug wines are best served at 15.5 degrees Celsius, 60 degrees Fahrenheit. The cool, almost cellar temperature gives the wine more freshness and lift. Young vintages of their red wine can be decanted for 1-3 hours, depending on the character of the vintage. This allows the wine to soften and open its perfume. Older vintages might need very little decanting, just enough to remove the sediment.

The white wine of Charles Krug is best served with all types of seafood and shellfish, sushi, sashimi, chicken, veal, pork and cheese.

While Cabernet Sauvignon is naturally their heat and soul, at Charles Krug, they also produce Merlot, Chardonnay and Sauvignon Blanc.