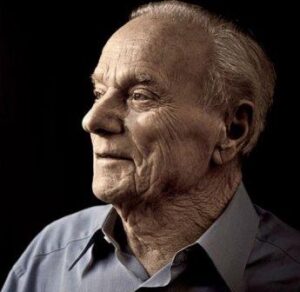 Breaking News… The wine world is in mourning as the news began to filter in that Peter Mondavi, the last of the members from the previous generation of the Mondavi family passed away at the age of 101 at his home in St. Helena. Peter Mondavi Sr. clearly lived a long, incredibly memorable life as a member of the most famous winemaking family in California.

Born to Rosa Mondavi and Caesar Mondavi, Peter Mondavi was one of 4 children including Mary, Helen and Robert Mondavi. Peter Mondavi was born November 8, 1914 in Virginia Minnesota. He was the youngest of the four Mondavi children. At first, Peter began helping his father pack and ship boxes of grapes to get into the wine business before graduating Stanford University in 1938. He continued his studies to enter the family business by earning graduate degrees at the University of California and Berkeley in enology. Peter Mondavi Sr. served in the US Army during world War 2. At the end of the war, Peter Mondavi Sr. joined the family business at the Charles Krug Winery, which the family purchased in 1943. The Charles Krug Winery was already famous as it was created by one of the original pioneers of the Napa Valley as it founded in 1861.

Peter Mondavi and Robert Mondavi ushered the modern age into Charles Krug when they started to produce Cabernet Sauvignon wines in 1944. The Mondavi’s were the first winery in the Napa Valley to adopt many of the already popular advancements being used in Bordeaux like cold fermentation and producing a special Vintage Selection bottling of the Charles Krug Cabernet Sauvignon. At the time, much of Charles Krug was run by the brothers, Robert Mondavi who took care of the business end while Peter Mondavi Sr was in charge of the winemaking.

In 1963, Charles Krug became the first California winery to begin aging their wine in new French oak barrels. In 1958, the Mondavi family made perhaps their best purchase for Charles Krug, they obtained 325 acres of the famous To Kalon vineyard. This specific purchase was set up so that is was owned by a new company, C. Mondavi and Sons.

The sons of Peter Mondavi, Peter Mondavi Jr. and Marc Mondavi are also active at Charles Krug. While the Charles Krug Winery went through a difficult patch over the past few years, the level of quality of their wines has continued increasing with the 2012 and 2013 vintages being the best wines the estate has ever produced.

Peter Mondavi is survived by his 2 sons, Peter and Marc, his daughter Siena, 9 grandchildren and 2 great grandchildren.

Peter Mondavi you will be missed as you were the last of the generation that helped the world discover the greatness of the Napa Valley.