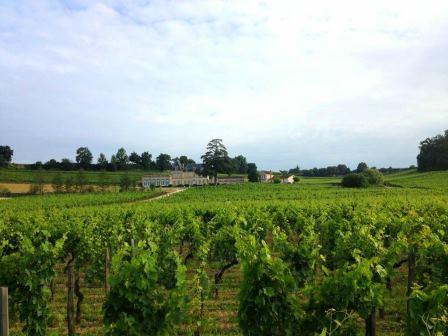 Interestingly, all the other levels of classification from the 1885 verdict spark heated conversation. For some reason, the chateaux with Fourth Growth Classification status has not merited the same heated arguments.

While it’s reasonable to consider any of the estates with this status deserve to be moved up, or down one level, all the estates with Fourth Growth Bordeaux classification status are producing very strong wines today.

With the exception of the First Growths, the same thing cannot be said of all the other classified growths at different levels. Certainly that speaks well of the original document, even though more than 150 years have passed since its inception.

The links on the left side of the page bring you detailed profiles of all Fourth Growth Bordeaux producers. The pages offer numerous, wine tasting notes, information on the vineyards and winemaking, images, detailed histories and wine buying guides.

The 1855 Bordeaux classification came up with a ranking of the top Bordeaux wines in five, unique classes for the red wines from First Growth to Fifth Growth. All of the chateaux included in the Classification came from the Medoc, with the famous example of Chateau Haut-Brion as the sole exception.

When the negociants and other people in the Bordeaux wine trade put together the listings and rankings for the official 1855 Classification, the various estates were looked at and classified on select criteria. This included sales prices for their wines over a 4 decade period of time, 1815 to 1855. For the 1855 Classification, a total of 61 Bordeaux chateaux were classified for their red wines.

Just like what takes place today, sales prices for the Fourth Growth wines as well as all the classed growths of the Left Bank varied widely. The big difference between wine prices in 1855 versus today is the spread between the First Growths and the other classified wines which was much closer in those days, than it is today.

Out of 61 different Bordeaux chateaux that were classified in 1855, a total of 10 chateaux were classed as Fourth Growth Bordeaux.

To help you understand the meaning of the term “Fourth Growth Bordeaux,” you can look at it like this, as a general idea. The 1855 Classification placed the top wines of Bordeaux in five different ranking categories. The ranking categories were called Growths. A wine with the ranking of First Growth was considered the best wine in Bordeaux.

But they provide you with a working framework on what the term Fourth Growth means in relationship to the other 1855 Classified Growths in Bordeaux.

Out of the 10 chateau ranked as official 1855 Classified Fourth Growth Bordeaux chateau today, if any serious reclassification were to take place in modern times, it’s our opinion that you would see elevation in the ranking for most of the Saint Julien wines in the category.

Perhaps only one estate would be downgraded or declassified and at the same time, you would also see a few chateau from higher levels of classification reclassified and demoted as a Fourth Growth Bordeaux.