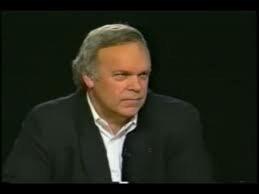 How do we know this? isa Perrotti Brown of The Wine Advocate clearly and unambiguously wrote the following post on the website of The Wine Advocate, Eropbertparker.com: “We spoke with Bordeaux Vins Selection last night to confirm that Robert Parker’s signature was not to be used in their packaging, in the format of our logo or otherwise. We continue to maintain our strict policy of not profiting from the sale of wine. Endorsing wines for profit is in direct conflict with the policy we have maintained for more than 34 years. We have no plans to change this policy.”

That should set the record straight. Right? However I doubt that is the case. Fans and subscribers of Robert Parker will be happy to learn that there was no, new commercialization of The Wine Advocate. Detractors will look for evidence to find fault in every step Robert Parker takes. They will relentlessly pour over the text of the Lisa Perrotti Brown post seeking loopholes to justify their position. This is hardly news to anyone following any of the popular wine sites on the Internet. That has been taking place for close to a decade now.

The post from Lisa Perrotii Brown went on to offer more detailed clarification on the matter. According to Lisa Perrotti Brown, no profit is made from the selection of wines that will be offered from the negociant, Bordeaux Vins Selection. There is no usage of the signature or logo allowed on this or on any other special packaging. Robert Parker and The Wine Advocate did not grant permission for the use of Robert Parker’s signature or the company logo which includes his signature. Bordeaux Vins Selection will not be using the signature at all on the boxed set. As for the free subscriptions that are to be awarded to purchasers of the boxed set, they are no different than the gift subscriptions that can be openly purchased by anyone on the website. The subscriptions that will be included in the box set will come in a fancy card format that makes for a more presentable, tangible gift. Any retailer can bundle these gift cards in with wine gift boxes.

According to The Wine Advocate, regarding the Bordeaux Vins Selection created package; neither Robert Parker nor the TWA team had any part in the selection of wines. Furthermore, The Wine Advocate and Robert Parker are neither endorsing the product, or profiting from the packaging or sales of the Bordeaux Vins Selection package, nor of any other repackaging that might take place in the future.

Is this issue now clear to everyone? It should be. But I doubt it. While countless websites were hot to write about the change of direction and potential conflict of interest at The Wine Advocate, very few of those writers, websites and posters will even consider, let alone write that with this particular matter, the initial news got the story wrong.