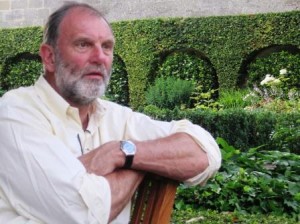 2011 Rauzan-Segla – Blending 62% Cabernet Sauvignon, 38% Merlot and 2% Petit Verdot, which is very similar to the blend used in 2010, the wine reached 13% alcohol, which is 1% less than last year. Deep ruby with purple accents in the color, the wine opens with flowers, while stone, blackberry liqueur and truffle scents are easy to find.  Rich, round, medium/full-bodied with elegant textures, 2011 Rauzan Segla finishes with fresh cassis, bitter chocolate and black raspberry. 92-93 Pts

.
After 2009 and 2010, Bordeaux wine produced at the estate,  John Kolasa is happy to have produced a wine with lower alcohol. According to Kolasa, this allows for more freshness and better balance. This will also allow the wine 2011 Rauzan Segla to age well.