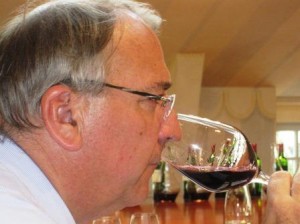 2011 Branaire Ducru From an assemblage of 67% Cabernet Sauvignon, 24% Merlot, 5% Cabernet Sauvignon and 4% Petit Verdot, the wine reached 13.08% alcohol. Yields were about 10% lower in 2011 than what the estate produced in 2010. With mocha, black cherry, truffle, smoke and earthy aromas, the medium-bodied, soft-textured 2011 Branaire Ducru is dominated by cherries and finishes with a fresh, sweet chocolate and black raspberry finish. When asked his favorite vintages of Chateau Branaire Ducru since he took over the estate, owner Patrick Maroteaux said he places 2005, 2009 and 2010 as his top three vintages. He puts 2011 Branaire at the top of the second tier for his wines. 91-93 Pts