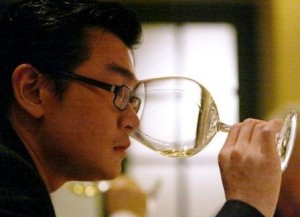 Rudy Kurniawan, who for years was active in wine circles as one of the world’s wealthiest, collectors and dealers was arrested by the FBI in Los Angeles. Kurniawan, a resident of Los Angeles was taken into custody on 3 counts of wire fraud and 3 counts of mail fraud charges. It is also alleged that Kurniawan has been living in the United States illegally for almost a decade. In 2003, immigration court ordered him to be deported. The charges were filed in New York. It is expected that the United States attorney in Manhattan, New York, would seek to extradite him to New York to face charges.

Rumored to live in the expensive, Los Angeles community of Bel Air, Kurniawan moved to California to attend Cal State Northridge in 1995. At the time, he was a resident of Arcadia, a Chinese language speaking area of Los Angeles. Chinese by birth, Kurniawan, the youngest son in the family was born in Jakarta, Indonesia. Kurniawan claimed his father gave him an Indonesian surname that is different from the family’s Chinese name in order to let Kurniawan keep his autonomy and privacy. The boyish looking Rudy Kurniawan was born in 1976.

People familiar with Kurniawan, who at one time posted on web sites under the assumed name of “Dr. Conti” said that at his peak, Kurniawan was spending as much one million dollars a month on wine. Most of that money went to buying the most expensive and sought after wines from Bordeaux and Burgundy. He could drop $250,000 for a single night of wine and dinner and treat everyone at his table. At one point in time, he might have owned 50,000 or more bottles of very, expensive wine. At the time, he was the world’s most active wine buyer. His purchases drove the collectible wine market! In an article published by the Los Angeles Times, Kurniawan told reporters, “I’m not a collector. I’m a drinker.” Based on the charges and rumors, this looks like Kurniawan could add forger to his list of accomplishments.

On the day the suspect was arrested, during a hearing held in the United States District Court in Los Angeles, prosecutors said a search of Kurniawan’s residence led to the discovery of materials that could be used in the counterfeiting of wine bottles.

Kurniawan is known to have taken possession of collectible empty bottles after the wines were opened at wine tasting events and dinners.  Sommelier’s have stated on numerous occasions that they shipped empty bottles to Kurniawan as per his request.

Aside from numerous empty bottles of famous and expensive wines that could be refilled and potentially resold, it was also discovered that the accused purchased numerous supplies from art stores that could be used for counterfeiting. These art supplies included three separate types of glue used to affix labels to bottles. 13 packages of Ingress warm white paper were also purchased by Kurniawan. This specific paper is often used for its ability to mimic age. Along with those supplies, 5 ink pads in various colors were also purchased from art stores.  These pads are often used to supply ink to rubber stamps. All of these supplies and empty bottles make it easy for someone to create and produce counterfeit wines.

The news of his arrest has been greeted with enthusiasm from numerous members of the wine collecting community stung by the purchase of counterfeit wine. Kurniawan is known to have sold tens of millions of dollars of wine. In 2006, he sold 35 million dollars of wine through Acker Merrall auctions. Those auctions were referred to as “The Cellar I” and “The Cellar II.” After the auctions were concluded, Acker Merrall refunded what is purported to have been millions of dollars to consumers that purchased wines from those sales due to potential fraud. John Kapon and Acker Merrall later obtained a judgment of more than ten million dollars against Kurniawan. 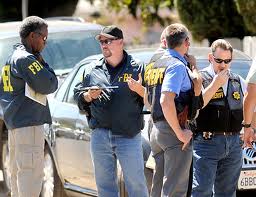 The first issues arising from the possibility of selling fake wine by Kurniawan stem from an auction in 2008, where Kurniawan offered over 80 bottles of rare, never before seen Ponsot wine. The owner of Ponsot, one of the most famous producers of Burgundy wine offered testimony the wines were not authentic. As an offer of proof, the owner testified some of the vineyards the wines were supposed to have been used were not owned by Ponsot at the time! Kurniawan also offered for sale a bottle of 1929 Ponsot that was estate bottled. Problems arose when it was discovered the estate did not begin to bottle at the domain until 1934. Perforce the bottle should not exist! Ponsot was not the only wine in question. 6 magnums of 1982 Le Pin, the famed wine from Pomerol were also removed from the sale! Kurniawan claimed in an article published by the Los Angeles Times that he was duped when he purchased the wines.

After it was determined the bottles of Ponsot were not genuine, Kruniawan stated he was defrauded and was not aware that the wines were not real when he purchased them. As evidence, during questioning on where Kurniawan obtained the wine, Rudy stated the bottles were purchased in Asia. Supposedly, he supplied phone numbers of where he obtained the bottles from. The alleged phone numbers did not belong to a real person. One number went to a small Indonesian airline. The other number was for a Jakarta shopping center.

Most recently, an agent of Kurniawan, Antonio Castanos, was thought to have tried to place on offer, numerous lots of wine that were rumored to have been owned by Kurniawan. The wines were consigned to a London auction held by Spectrum and Vanquish on February 12. Thanks to the efforts of Los Angeles collector, Don Cornwell, many of the lots in question were pulled from the sale. Some of the items included bottles selling for thousands of dollars each from Domaine Romanee Conti in large format sizes. Those unique bottles are prized by collectors due to their rarity. Cornwell pointed numerous problems with the bottles consigned to the Spectrum, Vanquish auction which included a lack of provenance, inconsistencies in the printing and information on labels, inaccurate numbering on bottles, spelling errors on labels and other problems with the bottles and labels.

According to experienced collectors, these mistakes should have been spotted and the wines should have not been placed in the sale in the first place. It should be pointed out that not every contested bottle was removed from the February, Spectrum, Vanquish auction.

The well-known billionaire wine collector, William Koch also filed suit against Kurniawan in 2009. That issue is still pending. This story will be watched and read all over the world by numerous wine collectors. Wine collectors have been dismayed by the efforts of law enforcement to curtail fraud in the wine world. Much of this is due to the accused German collector, wine dealer, Hardy Rodenstock. Rodenstock has been accused of fraud, but so far, nothing has taken place to finally bring Rodenstock to court to face charges. Collectors and dealers possibly stung by Rodenstock wonder and hope if he’s finally going to be brought to court. Time will tell.

Bail has not been granted to the defendant. Due to the almost limitless wealth that is available to Kurniawan, prosecuters rightly convinced Judge Stephen J. Hillman to not yet grant the defendant bail. He faces up to 20 years in prison if convicted on all the pending charges. Aside from the multiple counts of mail and wire fraud, it is alleged by prosecutors that Kurniawan fraudulently obtained millions of dollars in loans to finance a lavish, jet-set lifestyle.

According to the New York Times, Mr. Kurniawan’s lawyer, Luis Li of Munger, Tolles & Olsen LLP in Los Angeles, said he was evaluating the charges, but declined to comment further at the moment.

In the most brazen move on the defendants part, he tried offering his services as an authenticator of fraudulent wine!  The United States attorney in the matter,  Preet Bharara said in the news release. “As alleged, Rudy Kurniawan held himself out to be a wine aficionado with a nose for a counterfeit bottle, but he was the counterfeit, pawning off prodigious quantities of fraudulent wine himself to unsuspecting auction houses and collectors.” Adding, “Mr. Kurniawan’s days of wine and wealth are over, if the allegations in this case are proven.”
Photo of Rudy Kurniawan Courtesy of Ricardo DeAratanha/Los Angeles T/via AP