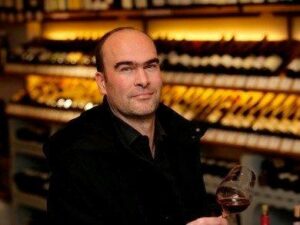 Last week-end I attended a Riesling Grand Cru Tasting (Grosses Gewächs) of the vintage 2005. The german vintage 2005 is a good vintage marked by a dense, rich, ripe fruit with an elegant acidity. Before, I had some doubts about the ageability of the 05s, but surprisingly the best examples were quite fresh. A warm-climate vintage with the best dry Rieslings coming from the regions Mosel, Nahe and Rheinhessen. The region Pfalz is quite mixed, therefore careful selection is necessary. Rheingau was a bit disappointing. Unfortunately we had no Rieslings from the region Franken, but I heared good things about their 05s. It is fair to say that in Germany, this it is not such an outstanding vintage like for example in Bordeaux. The german vintage 2005 is a mix of the previous vintages 2003 and 2004. Clear winner winner was our pirate 2005 Molitor “Niedermenniger Herrenberg” Auslese trocken*** from the Mosel.

Here we have a vintage report by the famous estate Robert Weil from the region Rheingau:

“The generally accepted, popular evaluation of a year’s weather still seems to be tied to the extreme conditions of the benchmark year 2003. For this reason, the summer weather during vintage 2005 is generally rated as just average – despite concrete data that impressively show that this was really not the case. The growing season was marked by a number of sun hours that well exceeded the average quota. By the end of July 2005 in the Rheingau, for example, 150 sun hours had been recorded – more than the long-term average (1971–2000). Rainfall was evenly distributed throughout the year, above all during the growing season – providing ideal conditions for grape growth.

Budburst in mid-April, as well as blossoming a few weeks later, took place a week earlier than usual. This extremely positive development continued throughout June and July, thanks to ideal weather. As such, the official “ripening” of the grapes began in mid-August, or some two weeks earlier than normal.

The vintage was then crowned by an unusually sunny September, followed by a truly “golden” October.

These conditions led to an unusually early ripeness of the grapes, so that Weingut Robert Weil could begin harvesting at the start of October.

The vineyards yielded completely healthy and golden yellow grapes with a wonderful, ripe fruitiness as well as intensive aromas and perfect must weights at the start of the harvest.

These were ideal prerequisites for the extraordinarily high quality of our Estate-Rieslings, our Erstes Gewächs (first growth) and the Gräfenberg Spätlese with record must weights. Some three weeks after the start of the harvest (ideal timing), a very fine Botrytis (noble rot) set in, so that this year we were able to continue the tradition – for the 17th year in a row and unique in the world! – of harvesting every quality level of wine up to Trockenbeerenauslese with 245 degrees Oechsle.

The exceptional ripeness levels of the grapes combined with the 10% lower-than-average yield, lends vintage 2005 the strength and long finish of the wines of 2003. On the other hand, the wines also show the finesse and elegance, as well as the mineral tones and perfect acidity levels, of the wines of 2004 – in all, vintage 2005 represents a perfect combination of the best of two earlier vintages.”

Briliant sparkling wine! Sponge, brittle, aged apple and with a super-elegant frame. Impressive loooong finish. No doubt, Raumland is the best sparkling wine producer in Germany. Also my favourite choice and perfect alternative for the expensive&boring non-vintage Champagne from our neighbours. Here in Germany for around 30-35€

Another famous german sparkling wine. I am puzzled, such flat on the palate???!

Since around 1 year the estate is in the possesion of a famous german TV anchor. Present an opulent fruit, but is beautifully balanced by a crisp minerality. Dried fruits, honey, toffee and a hint of anise. Shows depth and a sublime drive&kick. Great start into the Riesling flights!

Heavyweight Riesling. Fair to say that since the vintage 2007 the Rieslings of the winemaker Roman Niewodniczanski presenting much more slim. Creamy, dried fruits, cinnamon, toffee, wax and with the famous sweet finish. Too big!

Strange notes of geranium and someone also mentioned “cat pee”. Very backward in general, honestly this wine is not my cup of tea. But 1-2 praised the finesse&elegance of this wine?????! Bottom-line most were disapointed and also hour host a clear “Idig”-fan was not impressed.

I am very very disappointed. Several bottles from this famous estate underperformed in the last weeks, including 06. Quite perfumed nose. Quite thin and unbalanced everything. AND break apart on the mid-palate.

WOW……..stunning sublime minerality with BALANCE and the fruit&minerality is perfectly combined. Outstanding depth and silky texture.

Power-Riesling with a huge minerality and good acidity.

WOTN…….fascinating sophisticated with a perfect mix of density and minerality. Not completely dry with 9,6 RS. Curry, cinnamon, minerals and finesse with no end. Rocking balance! I am deeply deeply impressed. (no Grosses Gewächs!)

Typical power Riesling from the region Pfalz. I was not impressed.

Fresh and young with its famous precision and focused minerality. Selected “Best Dry Riesling of the vintage” by the german wineguide Gault Millau. Both Kirchspiel versions presented an outstanding structure, but the Keller version is more crisp, pure and linear. Wittmann´s version is a bit more opulent and broader.

Here we have mix of power, tobacco and a smoky “dirty” minerality. Clearly a warmer or broader style of Kirchspiel in comparison to Keller.

A legend! Quite disappointing and I know that these Rieslings from Bernd Philippi need a lot of time, but I don´t think this Riesling will developp better in a couple of years. I think the cellar chief made a mistake.

Food wine, therefore no notes. But if my memories are correct nothing worth to remember.

A monolith and the perfect interpretation of the term “stonewine”. Not as goods as the masterpieces 2001, 2007 and 2009.

Burlesque. Break away on the mid-palate

A bit closed, but big future.

Always a hedonistic version of Morstein, as I drank several bottles in the last years. Amazing mix of tobacco, yellow stone-fruits and Minrality.