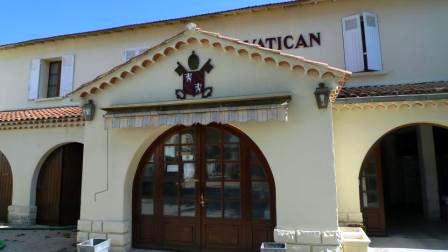 Learn everything about Cuvee du Vatican Sixtine, Chateauneuf du Pape, with wine tasting notes, wine and food pairing tips, best vintages, a history of the property and information on the vineyards and winemaking. If you want to read about other important wineries and winemakers from the Rhone valley: Links to all Rhone Valley Wine Producer Profiles

Cuvee du Vatican Sixtine has been making wine in the Southern Rhone Valley for about as long as their vines have been growing. And that’s over 100 years! However, the family has been in Chateauneuf du Pape for even longer.

The Diffonty family has roots dating back to the 17th century. Prior to making the land was devoted to planting various fruits, vegetables and olives. Things changed for Cuvee du Vatican at the start of the 20th century. In 1902, Cuvee du Vatican produced, bottled and sold their first vintage. Prior to that date, their harvests were sold in bulk to negociants.

Cuvee du Vatican became more focused on their winery when they began bottling their wines at the domaine in 1952. Three years later, they opened tasting room. Felicien Diffonty, who had been managing Cuvee du Vatican since 1945 was succeeded by his son Jean Marc Diffonty and his wife Karine Diffonty in 1992.

The wine changed for the better in 2001 when they began to complete destem their grapes in 2001. The wine at Cuvee du Vatican is aged in a combination of foudres and old, small oak barrels. In 1998, Cuvee du Vatican began producing the popular, Reserve Sixtine wine from some of their oldest vines. It’s usually a blend of mostly Grenache with Syrah and 15% Mourvedre.

In 2010 the Diffonty family shook things up at the estate by changing the estate’s name and marketing plans. Previously known as Cuvee du Vatican, the top wine was Sixtine.

In 2010, the estate was officially renamed Sixtine, to compliment their top wine. They also produce a second wine, Manus Dei. On a going forward basis, they produce and sell a third wine, a negociant blend which maintains the original name of the estate, Cuvee du Vatican. 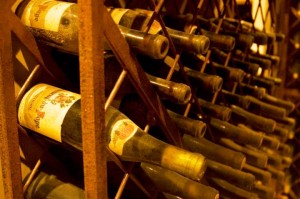 The 22.4 hectare vineyards of Sixtine, located in Chateauneuf du Pape are a patchwork of parcels with a myriad of different terroirs. You find some vines planted in sand, loam, limestone and stones of various sizes in their soil.

They have old vines. Their oldest Grenache vines date back to 1905, those are planted in the La Crau sector. 21 hectares are devoted to making red wine and 1.4 hectares are used for the production of white Chateauneuf du Pape wine.

The terroirs is rocks with sand and clay soil. The vines are on average 45 years of age. The wine is aged in foudres for 12 months. On average, the production is 3,750 cases per year.

Cuvee du Vatican Sixtine is a blend of 55% Grenache, 30% Syrah and 15% Mourvedre. The vines for this wine range in age from 50 to more than 100 years of age. Here you find terroirs of rocks, sand and clay soils in the Barbe d’Asne, Bois Lauzon, La Crau, Crista, le Pointu, and les Roumiguieres lieux-dits.

The wine is aged in a combination of new and used, French oak barrels, demi-muids and tank. Close to 60% of the production is aged in the new oak barrels. 2,000 cases are produced each year.

Even though this is a modern styled wine, there is so much ripe fruit, the oak is not really present. Cuvee du Vatican Sixtine is an outstanding Chateauneuf du Pape wine that sells for fair price for it’s quality.

Cuvee du Vatican Chateauneuf du Pape Blanc is made from a blend of 50% Clairette, 20% Grenache Blanc, 20% Bourboulenc and 10% Roussanne. The wine is aged in 33% new, French oak barrels and 67% in vat for 9 months. The production is 225 cases per vintage.

Cuvee du Vatican Reserve Sixtine Blanc is a blend of 70% Roussanne and 30% Clairette, aged in new, French oak barrels for 9 months. On average, only 175 cases are produced each year.

Cuvee du Vatican Sixtine can be enjoyed on the young side. Young vintages can be decanted for about 1 – 2 hours, give or take. This allows the wine to soften and open its perfume. Older vintages might need very little decanting, just enough to remove the sediment.

Cuvee du Vatican Sixtine is usually better with 4-6 years of bottle age. Of course that can vary slightly, depending on the vintage. In the best vintages the wine should be consumed within 5-20 years after the vintage.

The Sixtine estate and the Diffonty family also own 17 hectares of vines in the Southern Rhone Valley that are not classified.