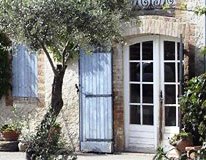 Learn everything about La Ferme du Mont Chateauneuf du Pape with wine tasting notes, wine and food pairings, best vintages, a history of the property, information on the vineyards, and winemaking. If you want to read about other important wineries and winemakers from the Rhone valley: Links to all Rhone Valley Wine Producer Profiles

La Ferme du Mont was founded quite recently by Stephane Vedeau. At first, they began operation in Courthezon, before shifting their headquarters to Valres in 2010. The change coincided with the purchase of Clos Petit Bellane from Olivier Peuchot.

The initial vintages, 2005 and 2006 were produced in a partnership with Coralie Gourmarre of Domaine Galevan. From that point forward, Stephane Vedeau began producing the wines of La Ferme du Mont on his own. La Ferme du Mont is a negociant company that owns some vines in the region. They also rent vineyards and purchases grapes from growers in the Chateauneuf du Pape appellation as well. 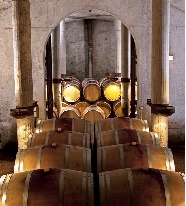 The vineyards used for the grapes placed into the wines since 2011 are being farmed using 100% Biodynamic farming techniques Prior to that, they were farmed using self-sustaining farming practices, with the use of any pesticides or chemicals. In 2014, they earned the certification of Agriculture Biologique.

La Ferme du Mont Cotes Capelan is their flagship wine and the top wine in their portfolio. The wine is produced by blending 80% Grenache from old vines that range in age from 75 to 100 years of age, 10% Syrah, and 10% Mourvedre. Vinification takes place in concrete tanks.

La Ferme du Mont Chateauneuf du Pape Blanc Vendange is made from a blend of 70% Grenache Blanc, 20% Clairette and 10% Roussanne. The wine is aged in French oak barrels.

La Ferme du Mont can be enjoyed on the young side. Young vintages can be popped and poured, or decanted for about 1 hour, give or take. This allows the wine to soften and open its perfume. Older vintages might need very little decanting, just enough to remove the sediment.

La Ferme du Monts is better with 3-4 years of bottle age. Of course, that can vary slightly, depending on the vintage. In the best vintages, the wine should be consumed within 4-15 years after the vintage.