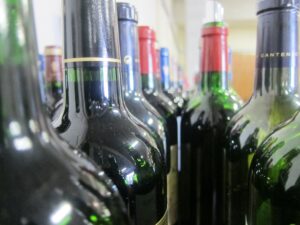 View from America on 2010 Bordeaux and the futures campaign

2010 Bordeaux futures discussed. The risks and rewards of buying Bordeaux 2010 futures looked at from an American point of view.

Bordeaux and the American market has maintained a love-hate relationship for over 30 years. In part, this due to the fact that America remains the most important marketplace for Bordeaux, and America is also the world’s most vintage centric, wine buying country. America has been at the front of the line to buy the in-demand years. But with lighter vintages, America conspicuously moves to the back of the queue. The American insistence on purchasing only the best years is said to cause problems. That type of behavior is blamed for part of the continuing high price escalation that started over three decades ago.

After the 1982 vintage, Bordeaux quickly realized, if America was willing to pay more for the best years, why not charge more?

Bordeaux and the American market have an interesting, complicated relationship. From 1982 to 2005, American consumers had an insatiable appetite for Bordeaux. We bought the biggest names from all the top vintages. After 2005 the game changed.

The more things change, the more they stay the same
With bulging cellars and a weakening currency, America took a breather. 2006 offered some very good wines, but with ample supplies of 2005 still available, we took a pass. Next up was the restaurant friendly 2007 vintage that was priced like a collectible year. Again we took a pass. By the time 2008 came around, America was in the middle of an economic collapse, and we purchased little 2008. Following the recession, Costco, the largest wine buyer in America, ceased offering Bordeaux futures, and Diageo, the number one Bordeaux importer, stopped selling Bordeaux. Those events put a crimp in the amount of new Bordeaux available to consumers. 2009, with its opulent style, is the quintessential vintage for the American market. Yet little 2009 Bordeaux was purchased by American retailers for the reasons just stated.
Some merchants are seeking to return Bordeaux futures to prominence with consumers with the 2010 Bordeaux campaign.  JJ Buckley, one of America’s better known retailers, just instigated a program designed to win back Bordeaux buyers. Shaun Bishop came up with an inventive plan allowing consumers the ability to pay in full for the wines after they have arrived at JJ Buckley. The offer is: customers pay 60% of the cost when placing their order. The balance is due when the wines are ready to ship. In America, this is a right move to win back a huge segment of the market that has been buying wines from other regions for the past few years while neglecting Bordeaux.

With a strong 2009 and 2010 vintage, is it time to return to buying Bordeaux futures?

There are numerous reasons for buying Bordeaux futures: for instance, the ability to order wine in specific bottle sizes ranging from half bottles to Salamanzars (a 9 liter bottle, the equivalent to an entire case of wine), to protect allocations of scarce wines, and, most importantly, to buy wines at the lowest possible price point. Consumers expect and deserve a return on their investment. They take the most risk. Consumers purchase the wine two years before delivery. During those 24 months, a lot can happen. The wine could develop more complexity, or it might not turn out as well as expected. Scores go up and down all the time. The eventual score, offered from Robert Parker, helps set the demand and price. If the score goes down, the price follows, and the consumer is left with the loss. That does not even take into consideration economic issues and currency fluctuations.

Negociants are required to take risks as well as retailers.  Negociants buy their allocations every year.  In vintages like 2010, where demand is expected to be high, as it was in 2005, the risk factor is low.

For a look at tasting notes, reviews and ratings of 2010 Bordeaux wine

In vintages with moderate demand like 2007, negociants still buy their entire allocation and seek markets for their wines.  Retailers also take risks.  In recent high demand vintages, retailers ordered every bottle they could purchase feeling that if the wines do not sell as futures, prices would increase by the time the wines were in bottle. This allowed the retailers a good cushion. With the 2010 campaign coming on the heels of the recession, things most retailers have a different business model.  They have little desire to carry inventory.  Most prefer getting orders for the wines before obligating to purchase the wines.  But where does that leave the consumer?

Risk versus reward
To mitigate the risk to the consumer, Bordeaux futures are supposed to be priced below what the wines will sell for in bottle. When prices rise, everyone wins. When prices remain flat or fall, the consumer loses. Since 1982 (when buying en primeur first became popular), futures have been the best way to buy Bordeaux, provided the vintage was in demand. Not every vintage is worth purchasing as a future. The best vintages for buying en primeur are the hot, in-demand years, like 2010. Should consumers buy 2010 futures?

2010 is a great vintage with a myriad of wines all Bordeaux lovers should have in their cellar. But not every wine is worth buying as a future. The wine needs to be priced fairly, allowing the consumer a return on their investment. The most reliable indicator for potential return is recent performance. Has the wine moved in price from previous in-demand vintages like 2005 or 2009? If those wines did not increase in value since they were first offered, assuming the Parker score in 2010 is similar, buyers should be wary. If the wine earns a higher score in 2010 than in previous years, or if the wine has a history of rising in price, it’s a candidate to consider buying as a future.

Where is the Chinese market in this equation?
Robert Parker’s scores will not be the sole determinant for prices in the 2010 campaign. There are wine investment funds and the Chinese marketplace to consider. The Chinese market has unlimited potential. The size of the population and the amount of discretionary money is staggering. While that’s lovely music for some chateaux owners, along with negociants holding stock, that has caused supply problems for mature Bordeaux markets. In turn, that shortage triggered price hikes for collectors. Some of those older consumers are not willing to pay current prices for Bordeaux.

.
Based on conversations with negociants, coupled with what I learned during my time in China, I conclude that current demand remains focused on specific wines. With a few well-known exceptions, those wines are the same labels being sought by wine funds. More importantly, the Asian culture has not lent itself to paying for wines that are not going to be delivered until the wines are in bottle, close to two years after the payment has been made. That remained the case for 2009. It is too early to tell what will happen with 2010.
.

Eventually China will become a wine buying country. In time, the Chinese will purchase a wide range of wines. Days before the 2010 Bordeaux futures campaign becomes serious, there are differing opinions on the Chinese market. Chateau owners and negociants say China is already prepared to purchase. Collectors and wine merchants not doing business with the Chinese are convinced that’s never going to happen. The truth is probably resting comfortably someplace in the middle, while we wait to see what will happen with the campaign and some very complicated relationships.