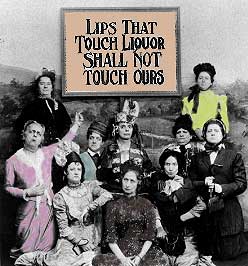 HR 1161 is bad for wine lovers, winemakers and wine consumers all over the country. If HR 1161 passes, consumers will experience severe loses to their rights and privileges. For example, the following list contains examples of bans that wholesalers have pushed for, demonstrating their inclinations:

• Bans on shipment of wine from in-state wineries

• Bans shipment of wine from out of state wineries

• Bans on shipment of wine from out of state wine retailers

• Bans on retailers’ being able to buy directly from out of state wineries.

Across the entire country, it can be argued that no industry has more power in state legislatures due to intense lobbying efforts and major political donations than wine and beer wholesalers. They are often the top campaign contributors in a myriad of states all over America. This gives them unlimited access to lawmakers who could allow them to help write the alcohol laws they want passed, then assign introduction of those laws to any of a number of lawmakers they helped get elected with their donations. In states like Illinois, Texas, Maryland, California, Michigan and elsewhere, the political power of the wholesalers is astonishing.

What can we predict will happen if HR 1161 is passed? What do we know about the political activity of wholesalers at the state level? We know that alcohol wholesalers have consistently pushed for the following anti-consumer, anti-access laws:

There is no reason to believe that with the passage of HR 1161, wholesalers will not go on a crusade to turn back the clock on consumer wine shipping laws and to push wine retailers and wineries into corners from which their market maneuverability is as limited as possible. They’ve done this before and there is every indication they will use their considerable power at the state level combined with new backing by H.R. 1161 to do it again.

Consider the consequence of passage of laws that prohibit consumers from buying wine from out of state retailers. It means a ban on the shipment into your state of all imported wines, all wines from auction houses, all wines from wine-of-the-month clubs and nearly all rare and out-of-vintage wines—these are all items that wine retailers are the primary or only sources of.

HR 1161, the successor to last year’s failed alcohol wholesaler-sponsored legislation in Congress, has not changed with a new sponsor and a new Congress: It remains the most radical alcohol-related legislation to come out of Washington, DC since the 18th Amendment in 1919 that ushered in Prohibition. HR 1161 is not only a nearly unprecedented rejection of the most basic Constitutional principle of America as a single economic union unfettered by state barriers to competition, but will almost certainly lead to diminished wine, beer and spirit selections for American consumers.

Prior to the signing of the Constitution while under the Articles of Confederation in the 18th Century, American states regularly passed laws that created trade barriers that either kept goods from other states from crossing their borders or put excessive taxes on out-of-state goods.

The situation was so bad and so stifling to the creation of a national economy that a Constitutional Convention was called to address just this problem. In addition to creating a new form of Government, this Constitutional convention created the foundation for a single American economic union through Article 1, Section 8 of the new Constitution, known as the “Commerce Clause”.

The idea was simple: The federal government, not states, would have the power to regulate interstate commerce. This provision would end the trade barriers that existed between the states and open up economic activity among the states unfettered by special interests in each state pushing and passing laws that kept out goods and services from other states.

In its most important section, HR 1161 reads:

“Silence on the part of Congress shall not be construed to impose any barrier under clause 3 of section 8 of article I of the Constitution (commonly referred to as the ‘Commerce Clause’) to the regulation by a State or territory of alcoholic beverages.”

With this one sentence, HR 1161 removes the anti-discrimination provisions of the Commerce Clause from any state alcohol laws. It means states will have the authority to pass nearly any law it wants, even if that law discriminates against out of state wine shippers for protectionist purposes.

Had this part of the bill been in place in 2005 when the groundbreaking Granholm v. Heald Supreme Court decision was issued, the Court would have ruled that states could ban out of state wine shippers from sending wine into the state for the sake of protecting in-state businesses. Thankfully, no such law allowing that decision existed.

Yet, the next sentence in HR. 1161 gives a nod to the Granholm decision:

So, under HR 1161 states may not pass blatantly (“Facially”) discriminatory laws against wineries. That’s good. However, a state could pass a law that discriminates against out of state wineries in effect. For example, under HR 1161 a state could write a law saying that only wineries making 25,000 gallons of wine or less annually may ship to our residents. And it may turn out that all that state’s own wineries make less than this, while 100s or 1000s of out of state wineries make more, and therefore could not ship in.

Just such a law in Massachusetts was found to be unconstitutional last year. So, even with the protection against blatant discrimination in HR 1161, wineries still have much to worry about.
HR 1161 and Wine Retailing

However, consider the plight of wine store and wine retailers. Note that under the wording of HR 1161 there is NO EXCEPTION for them that prevents blatant discrimination as there is for wineries.

This means that wine retailers under H.R. 1161 LOSE ALL THEIR COMMERCE CLAUSE PROTECTIONS AGAINST STATE-BASED DISCRIMINATION and that any discriminatory laws aimed at out-of-state wine stores would be unchallengeable in court. The consequences of this radical departure from common American economic principles for both wine retailers and consumers is so vast and far reaching that we can’t even begin to imagine the damage it will do to American wine retailers and American consumers who look to retailers to obtain the wines they want.

Why is such a radical change necessary? For that explanation you need to look to the proponents of HR 1161: beer and wine and spirit wholesalers.

Craig Purser of the National Beer Wholesalers Association, who wrote the text of HR 1161, put it this way:

“Ultimately, this legislation is about who should make decisions regarding alcohol regulation, not what those decisions should be…The majority of Americans believe that laws regarding the regulation of alcohol should be made at the state and local level – and so do we.”

When Purser speaks of “Who should make decisions” he is referring to court challenges where federal judges have struck down state laws alcohol that violate the Commerce Clause. The wholesales don’t like this because the state laws that protect them are often judged to be unconstitutional violations of the Commerce Clause.

More importantly, since HR 1161 would give states the authority to pass any law they desire that are aimed at wine retailers, we can plainly see that this bill is decidedly about WHAT alcohol regulations should be. Not WHO should make them.  Purser and the beer wholesalers want states to pass protectionist laws that can’t be challenged in court and H.R. 1161 allows just that.

Then there is Craig Wolf, president of the Wine & Spirit Wholesalers of America. He said this about HR 1161:

Wolf is at least honest about wanting to remove any possibility of state alcohol laws being challenged in court. This is best done by making state alcohol laws unaccountable to the principles of the Constitution…which HR 1161 does.

However, what Wolf does not mention is that fact that his two largest members, Southern Wine & Spirits and Glazers Wholesaler, have both sued states challenging state alcohol laws at least three times, most recently in Indiana in 2009. And yet, when these WSWA members and the two largest wholesalers in America used the “unelected and unaccountable federal judges” to change state alcohol laws to their benefit, Wolf did not cry that there was need for a new law or that only local politicians should settle such disputes.

So, we know then that HR 1161 is not about principle for wholesalers. Rather, it’s about profit…pure and simple. Wholesales like it when unelected judges get involved to protect their profits, but they don’t like it when the same judges overrule their state protection from competition.

Wine consumers simply must make an effort to oppose this law. They must speak with their congressperson and ask their friends to do the same. A significant outcry and outreach by consumers will make a difference. How?

Wine consumers and wine lovers tend to very well educated, very social, and well connected. Yet, they are far less likely to speak up for and protect their interests than they are to speak up about their favorite new Pinot Noir. That’s not enough.

It will take you a half hour to do all the things I’ve outlined above to protect your interests. I urge you to stand up for your self. Don’t assume this legislation won’t pass simply because it is so onerous, so radical and so far outside the mainstream of American commercial traditions.  Don’t assume that others will make the effort on your behalf.