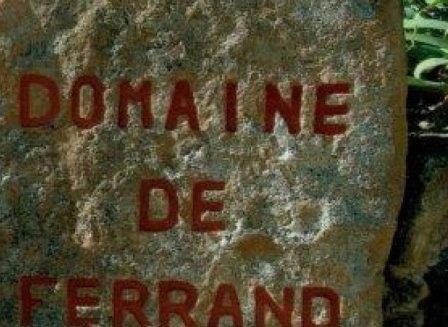 Learn everything about Domaine de Ferrand Chateauneuf du Pape with wine tasting notes, wine, and food pairing tips, best vintages, a history of the property, and information on the vineyards and winemaking. If you want to read about other important wineries and winemakers from the Rhone valley: Links to all Rhone Valley Wine Producer Profiles

Domaine de Ferrand, like many producers in the Southern Rhone Valley, is a relatively new winery. That is because prior to 1995, the majority of their wine was sold in bulk to negociants.

However, the property is rather old, as it can be dated all the way back to at least 1760. 200 years later, Charles Bravay officially founded the Domaine. The Domaine is located in Orange, which is to the north of Chateauneuf du Pape.

Things quickly changed at Domaine de Ferrand when Philippe Bravay took over the responsibilities of managing the estate. It was under the direction of Philippe Bravay that they began producing, bottling, and selling their own wine.

Domaine de Ferrand owns 7.5 hectares of vines in the Chateauneuf du Pape appellation. Most of their vineyards are well placed in the cooler terroir in the northern part of the appellation. Though, their vines are not contiguous as they are found in 6 diverse parcels in 4 separate lieux dits,

They have plantings located in the Cabrieres and La Gardiole lieux-dits, which is where they have their oldest vines. Some of their really old vines are more than 100 years of age.

Their terroir is mostly clay, limestone, and rock-littered soils. Domaine de Ferrand also owns 10 hectares of vines in the Cotes du Rhone appellation that are used to produce red wine.

Domaine de Ferrand Chateauneuf du Pape is made from mostly Grenache, which takes up to about 90% of the blend. The remainder of the blend is made from varying amounts of Cinsault, Mourvedre, and Syrah.

The grapes are partially destemmed. Vinification takes place in a combination of concrete vats and stainless steel tanks. The traditionally made wine is aged in concrete tanks for between 12 to 14 months before bottling. The annual production is close to 1,250 cases of wine per vintage. 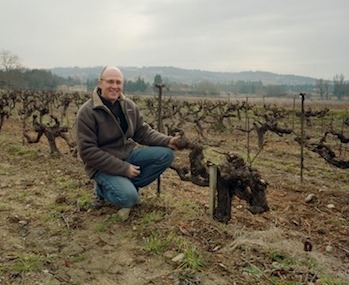 Domaine de Ferrand can be decanted for about 1-2 hours, give or take. This allows the wine to soften and open its perfume. Older vintages might need very little decanting, just enough to remove the sediment.

Domaine de Ferrand is usually better with 3-7 years of bottle age. Of course, that can vary slightly, depending on the vintage. In the best vintages, the wine should be consumed within 5-15 years after the vintage.