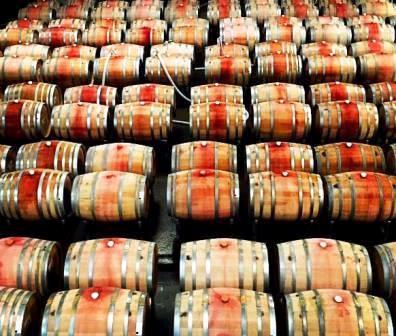 Everything about Ramey Wine Cellars Sonoma, California wine producer profile, wine tasting notes, wine and food pairing tips, best vintages, history of the property, information on their wine making techniques, terroir and soil. You can also read about the Grapes used for California wine and learn about the extensive History of Napa Valley, California Wines

David Ramey has had a long career in the world of wine. After graduating from UC Davis, he interned at Petrus, where he developed a friendship with Christian Moueix. He learned the wine business working for several different, Northern California wineries including; Dominus, Chalk Hill, Rudd and Matanzas Creek. Ready to strike out on his own, David Ramey founded Ramey Wine Cellars in 1996, with his wife Carla Ramey.

Once he was ready to start producing his own wine, he needed a grape source, which found in the famous Hyde Vineyards in Sonoma County. He also needed a place to crush his grapes and make his wine, so he went to John Kongsgaard, which is where he made his wine for the first 2 years. The debut vintage for Ramey was quite small, as they only produced 260 cases of wine. Still needing his own cellars, he asked Christian Moueix of Dominus, where David Ramey was still working, if he could make his wine there. Christian Moueix said yes, and from that point forward, Ramey Wine Cellars continued to thrive. In fact, they added a new grape source from Husdon Vineyards that same year.

Starting with the 1998 vintage, David Ramey and Ramey wines moved to Rudd Vineyards in Oakville. By 2001, they continued expanding their output with new grape sources from Carneros. That was also the first vintage where they began producing red wine. It was only a few years later that Ramey Wine Cellars was able to open their own winery in Healdsburg. In 2014, Ramey Wine Cellars added Pinot Noir to their lineup of wines.

Ramey Wine Cellars produces a plethora of red and white wines from Sonoma and Napa that range from single vineyard designated wines to appellation specific wines:

The white wine of Ramey Wine Cellars is best served with all types of seafood and shellfish, sushi, sashimi, chicken, veal, pork and cheese.