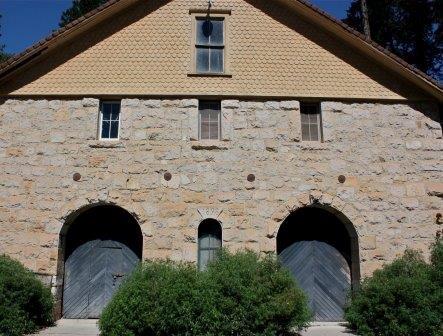 La Jota has one of the older histories in the Napa Valley. In its formative years, the property was owned by George C Yount. The land was part of a grant given to Yount by the Mexican Government. The estate was known as Rancho La Jota in those days, which as you can see, is there the name comes from.

The vineyard was cultivated in the 1890’s by the new owner, Frederick Hess. At the time, it was part of a much larger 327 acre estate. The small, original, stone winery was built in 1898. La Vineyards was abandoned following prohibition and the vineyards were allowed to go fallow.

That changed in the 1970’s when the property was purchased by W.H Smith, who once again, cultivated the vineyards. The style of wine being produced at La Jota was quite rustic, during the 1980’s. That changed when La Jota brought in Helen Turley, (who founded Marcassin) as their winemaker.

From that point forward, they could do not wrong. The wines produced at La Jota during the 1990’s are stunning, especially the La Jota Vineyard Anniversary Reserve wines. The 1992, 1993, 1994, 1995, 1996 and 1997 remain some of the finest examples of mountain grown fruit produced at the time.

Situated on Howell Mountain, at elevations over 1,500 feet, the vineyards are above the fog line, giving them a special micro-climate. The terroir is stones, rocks, volcanic material and red clay. All of their vineyards are farmed using self-sustaining farming techniques.

Over the years, La Jota Vineyards has produced a myriad of wines, including a Petit Sirah, Viognier and Chardonnay, neither of which are in production today. They stopped producing their Anniversary Reserve Cabernet Sauvignon with the 2004 vintage,