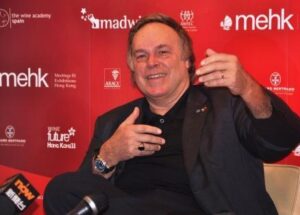 Is Robert Parker stepping down, stepping back, or stepping up with the news of taking on investors from Asia for The Wine Advocate? The answer depends in part, on your point of view and thoughts about Robert Parker.

In a bit of shocking news for the wine world, Sunday, December 9, Robert Parker announced that major changes were taking place at The Wine Advocate.  Robert Parker, the world’s most important wine critic will continue to report on and write about Bordeaux wine and Rhone wine, as well as older vintages, but numerous other major changes are taking place. These changes are being closely watched, especially in Bordeaux as the power of Robert Parker’s wine reviews remains unequaled in the world.

In a hastily jotted post on his website the following morning, Robert Parker clarified some points about the changes taking place at The Wine Advocate.

“1. – The headquarters of The Wine Advocate is Monkton MD, but we must add a Singapore office since the Asian countries are best served from there.

2.  – After considerable planning, we will take non-wine related advertising for the bulletin board, NOT the The Wine Advocate publication and data base, search capacity, etc.

3. – Hopefully all the writers will join the team becoming employees.

4. – The print publication cannot and will not be killed.”

The latest round of changes include bringing on new investors, something Parker has steadfastly declined to do in the past. The three investors are in their 30’s and 40’s. They are located in Asia. They were not previously involved in wine. They have backgrounds technology. Rumors circulating on the Internet lead to Soo Hoo Khoon Peng of Singapore as the lead investor.  Soo Hoo Khoon Peng has experience in the wine trade, as he was most recently involved with l’Hermitage,  one of the top wine importing companies in Singapore.  Soo Hoo Khoon Peng helped found the firm in 2002.  There is no known reason at this point for his sudden departure.  Like all rumors, at this point, the actual identities of trio who invested in Robert Parker remain unknown.  Sooner or later, word will come out.

Along with this surprise announcement, Parker named numerous ways this infusion of cash and technology would boost The Wine Advocate potential from his point of view.  This is the first major investment in The Wine Advocate. Although, Parker took in minor investors in Erobert.com to help with technology in 2001.

The goals are to expand coverage, of more wine regions, develop more apps and begin to produce a PDF version of The Wine Advocate. That is a welcome change for Parker, as many of his subscribers have been asking for that for some time. Subscribers can also expect more videos from Parker as well. The popular print version of the magazine could be phased out, allowing users to garner the important information from either the PDF version of The Wine Advocate, or by going online to Erobertparker.com. Currently, the vast majority of subscribers come from America. The expanded coverage should be coupled with efforts to bring in more subscribers from all over the world. It is thought that the current, paid subscriber base of The Wine Advocate is close to 50,000.

The Wine Advocate will now be producing educational conferences and seminars in a myriad of cities all over the world.  This is a major change in direction for Parker and his team!

The longtime home base of The Wine Advocate will remain, at least for the time being in Monkton, Maryland, which is near where Parker calls home. But much of the new efforts are going to come from Singapore, the home country of the three new investors and Lisa Perrotti, the MW and popular writer hired by Parker.  More than technology will take place in Singapore.  The coordination of content, editing and proof-reading has moved to Singapore as well.  Lisa Perrotti-Brown takes on the responsibility of editor in chief for The Wine Advocate. Robert Parker remains CEO of the company. 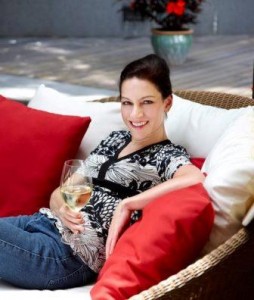 Lisa Perrotti-Brown who already covers Australia  and New Zealand will add coverage of wines produced in Asian countries that include China and Thailand.  This is a huge step in the direction of keeping The Wine Advocate a viable brand after the 65 year old Parker one day retires. For the past few years, Asia has dominated the wine world in its appetite for wine knowledge coupled with an unquenchable thirst for many of the best wines in the world that has driven up prices for many of the world’s best wines. While others have not commented on this, this change in ownership of The Wine Advocate will lead to more knowledge and increased demand to taste and own the world’s best wines in the future. As far as wine prices and the continued dominance of Hong Kong as the center of the world for wine auctions, perhaps Al Jolsen had it right when he said, “You ain’t seen nothing yet!”

It is also said that for the first time since The Wine Advocate started publishing in 1978, the fiercely independent wine journal will begin taking advertisements. However, according to Robert Parker, all advertisements will not be to promote the sales of wine.

The big question remains, who will take over reviewing Bordeaux, once Parker finally retires and what will happen to the Bordeaux market when that event takes place remains unanswered.

It’s interesting to read the various comments on this story spread across the Internet and in international publications. In the Wall Street, they mentioned a quote from Lisa Perrotti Brown about the current writing staff of The Wine Advocate stating, “The company is discussing terms with its correspondents who include lead critic, Antonio Galloni, David Schildknecht, Mark Squires and Neal Martin. She and Robert Parker hope they will sign on as employees.” If they decline? There is a plethora of good wine writers out there. It’s a buyers market.” That quote sparked a firestorm of comments across the cyberspace universe. Many of the comments have been negative.

From postings on Robert Parker’s web site, Antonio Galloni confirmed he is staying with The Wine Advocate. Galloni wrote, “It’s business as usual for me. I am 100% committed to providing readers with the best commentary and service possible for the regions I cover. My tasting and traveling schedule remains unchanged. I have never be more energized about the future than I am right now.”

It’s clear that Mark Squires and Neal Martin are also both staying with The Wine Advocate. I imagine David Schildknecht will remain as well. But that remains to be seen. While the staff of The Wine Advocate was apparently told about this by Friday, December 7, readers have been commenting on how this was taken by the young, popular Antonio Galloni. Galloni, with his background in finance, writing and tasting skills coupled with his popularity was widely assumed to be the leading candidate to take over The Wine Advocate, once Parker finally retired.

The news of the change in The Wine Advocate and its reception is clearly based on the readers point of view. Fans of Robert Parker, and his widely adopted usage of the 100 Pt scale are enthusiastic about the possibilities. Detractors of Robert Parker take the news as selling out and abandoning the principals of independence set out by Parker wince he first started publishing The Wine Advocate. The winner of the negative comment of the year award goes to Felix Salmon of Reuters for writing, “The idea that a 95 Pt wine is always better than an 85 Pt wine is an idea which deserves to die. And this deal, with luck, might just hasten its demise.”

I have news for Mr. Salmon. A 95 Pt wine is always better than an 85 Pt wine according to the writer and critic. Regardless of if you agree with the tasting note or not, that is the point of points. The use of points from a critic allows readers to understand where the writer stands on one wine over another wine. It’s that simple. Subscribers, which number close to 50,000 obviously value that viewpoint, which is what they pay for. The practice of rating wine using points is not going away. Consumers like points, and they enjoy writers that use them.

Writers, other critics, posters on websites etc., who fail to garner a share of the attention granted to Robert Parker over every other writer can yell or moan as loud as they like, seeking to dethrone Robert Parker, which is good, because competition makes everyone better, and multiple voices are always better than one. But my guess is, while Robert Parker has given up editorial control, he is not yet ready to lay down his crown.