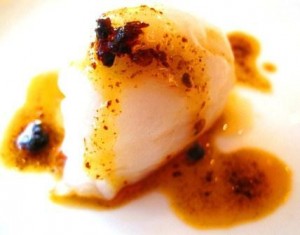 Can Cantonese Food Really Be Paired With Wine?

Red wine has always been favoured over white wine in Hong Kong mainly because red wines, especially Bordeaux holds more perceived prestige than white wines. The same thing can be said about Rhone wine, as well red wines from California or other famous regions. Also because, traditionally, that has always been the style of wine local Chinese people have preferred. There is now, however, a trend moving (albeit slowly) toward drinking more white wines, especially as the style of some white wines are a much better match to the diverse, delicate and intricate flavours of local Cantonese cuisine.

The explosion of wines popularity has led to a generation of wine drinkers that have discovered that taste and flavour are a fundamental part of the dining experience and that, on the whole, a diet of predominantly seafood is somewhat damaged by the quaffing of red wines with the meal.

But as Cantonese food and wine pairing dinners become more and more fashionable around the city (and seem to be taking place on a nightly basis), can wine really be paired to Cantonese food or has the insatiable appetite for wine itself overwhelmed the need to pair wine with food properly and are we just blindly pairing any old wine with any style of food?

Personally, I have always been rather skeptical about Cantonese food and wine pairing as I believe the nature in the way Cantonese food is served (all shared with food coming out in a fairly random fashion throughout the meal and shared family style at a round table assisted by a ‘lazy Susan’), that it is impossible to pair one wine with one specific dish. My initial thoughts were that if you are six people, you should have six different bottles of wine all opened together and each person can mix and match until suitable pairings are found for each dish. That was until I attended two wine dinners within a week, both Cantonese food served with German and Alsatian wines.

I noticed that the versatility of Riesling with its spectrum of styles from bone dry to super sweet can perfectly match specific facets of Cantonese dishes and with the right Chef and the right know-how, fantastic single pairings can be made.

In order to find out more about what styles of wine local Chinese people prefer with Cantonese food I did a survey and found out the majority of people  (39%) responded  that they preferred off-dry white wines with Cantonese food. Dry whites accounted for 32% of respondents with sparkling wine coming in third with 26%. Only 3% responded with ‘red wine’ which really highlights the current trends in food and wine pairing.

“Food matching with wine has not been a concept in Asia until very recently”, says Paul Smith of Vinspiration Hong Kong, a local importer and a 20 year veteran of the Hong Kong market.

“Traditionally, alcohol was not seen as something you drank together with food but rather in between eating”, Smith added.

On the Chinese drinking habits, Eddie Chiu of local wine magazine “Cru” noted. “Nowadays, unlike before, Chinese people drink more wines with dinners, at gatherings with friends or during happy hours”.

But on the wine pairing issue Chiu admits. “Wine pairing with spicy food or those with sweet and sour sauces is not easy, additionally, wines that are too intense are also difficult to pair with our style of cuisine”.

Weekly seminars take place in the city that try to educate people on the Cantonese food and wine pairing phenomenon and at one recently hosted by Jeannie Cho Lee MW I found myself pairing Italian wine and dim sum – a style of Cantonese food most usually associated with breakfast, brunch and tea drinking. Although Ms. Lee’s comment that. “Food and wine pairing is really like a dance between two people”, maybe true, pairing wine with dishes from meals where people generally never drink wine seems fairly pointless.

This view is held by Cass Lam of YesMyWine.com (one of China’s largest on line wine retailers) who says. “Wines are not drunk with dim sum and I have never had local food with red wine because they simply don’t get along”.

“Cantonese food is generally associated with seafood and steamed vegetables so I would suggest drinking a dry white wine”, Ms. Lam added.

Bruce Cakebread of Napa Valley’s Cakebread Cellars is a little more pragmatic as he also agrees that “spicy food is always a problem for wines”, but that, “Cantonese food has such a varying array of flavours that it’s always hard to perfectly pair local food to our wines”. It must be said, however, that his Reserve Chardonnay pairs very well with the local favourite dish char siu (barbequed pork).

Ross Chan, director of Invinity Limited thinks. “Cantonese cuisine is pretty diverse and each dish is so very different, something like a Colombard would suit a range of dishes quite well”.

Westerners, whose palates are less acclimatized to the subtle differences in taste styles of Cantonese food, think wines do fare with the Hong Kong style of food. On a recent trip here, Eric Wente of California’s Wente Vineyards divulged to me that he thought his wines fared very well with Cantonese food but that “generally it’s hard to pair wines with food when it’s overly spicy – something Cantonese food is generally not, fortunately”.

Albiera Antinori of the Italian giant Antinori winery also told me in an interview earlier this year that “last year we really looked hard at pairing Chinese food with Italian wines and we think there are some great opportunities there”.

“The fact that Chinese food (service style) is not structured into set courses gives a great opportunity to taste different food with different varietals and you can go back and forth”, Ms. Antinori continued.

The debate as to whether Cantonese food can ever find a perfect wine pairing is set to rumble on, but for the mean time two things hold true: aromatic whites such as Riesling and Gewurztraminer do hold up very well to the differing styles of local food here and, on the whole, when having Cantonese food, steer well clear of the big, full bodied reds.