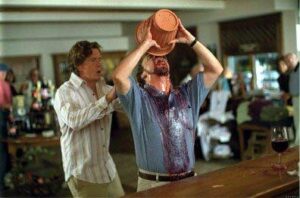 According to an article published in WebMD, August 18, drinking wine might not make you smarter, but it can result in the decline of thinking skills.

Researchers in Norway studied the drinking habits of 5,033 men and women over a seven-year period, including some teetotalers. And they report that wine drinkers scored better than teetotalers on a range of tests of cognitive function, or thinking skills.

Not drinking alcohol was linked in women, but not in men, with significantly lower scores on tests of reasoning and thinking ability. And women who reported drinking wine at least four times over a two-week period were at reduced risk of scoring poorly on the tests, compared with women who had less than one drink during the period. In addition, women who didn’t drink any alcohol scored lowest on the tests. The average age of people in the study was 58, and none had suffered a stroke.

The study is published in the journal Acta Neurologica Scandinavica.

“I don’t believe that wine can make you smarter,” study researcher Kjell Arne Arntzen, MD, of the University of Tromso in Norway, tells WebMD in an email. “Why female abstainers had lower scores compared to those with a very low wine consumption may be explained by other lifestyle related habits among abstainers, but could also be caused by a protective effect of wine on cognitive decline.”

The positive association between moderate wine drinking and reduction in cognitive decline may be the result of other factors that are linked to mental decline, such as lower socioeconomic status, age, educational levels, and other lifestyle and health factors, including diabetes, smoking, depression, and hypertension, according to the researchers.

The researchers write that most of the 68 studies involving 145,308 men and women in the past three decades have shown better cognitive function and reduced risk of dementia in people who reported light to moderate alcohol drinking.

It is possible, the researchers say, the positive effects of drinking wine could be due to the fact that it contains antioxidants and other micro-elements. Alcohol also may be protective because it reduces inflammation of artery walls, improving blood flow, the researchers say. But whatever the reason, it appears clear that light-to-moderate wine drinking is associated with higher scores on cognitive tests.

Of course with some people, nothing they do is going to help with their rapid loss of cognitive skills. 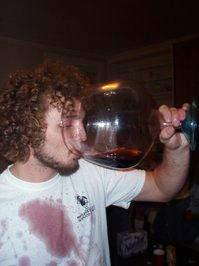