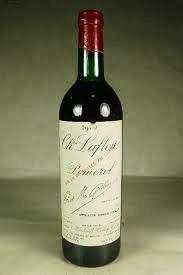 1979 Bordeaux Wine Vintage Summary with harvest information, vintage characteristics, buying tips and links. If you are seeking more in-depth information on anything and everything related to the Bordeaux wine region please see the: All About Bordeaux Wine Guide

1979 Bordeaux wine is the result of a massive crop, causing many of the wines to be dilute. Much of that is due to the late flowering. Much of the summer was cool, but dry. Things improved in September. But the salient factor for the harvest was incredibly large size of the crop. In fact, it was reported that the harvest was the largest since 1934. However, the wines were well priced at the time because of the glut in the marketplace which was caused by all the back stock that stores and merchants everywhere were not able to sell. Bordeaux was in the doldrums at the time and people were still not buying wine. 1979 Bordeaux is not a good vintage for Sauternes and should be avoided.

The following list of Bordeaux wines represent the wines offering a high ratio of price and quality for the vintage: 1979 Best Bordeaux wine for the money today