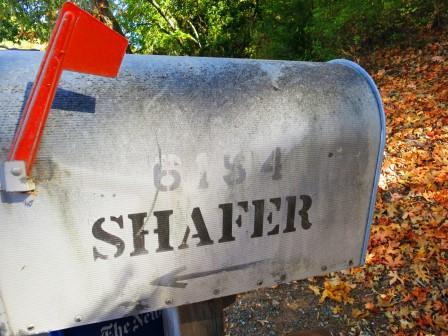 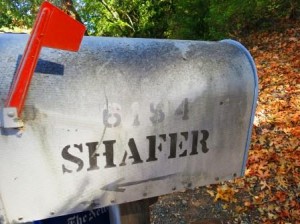 Everything about Shafer Vineyards, Napa Valley wine producer profile, wine tasting notes, wine, and food pairing tips, best vintages, history of the property, information on their wine-making techniques, terroir, and soil. You can also read about the Grapes used for California wine and learn about the extensive History of Napa Valley, California Wines

John Shafer founded Shafer Vineyards back in 1972. But what we know of as Shafer Vineyards has one of the longest histories in the Napa Valley. The vineyards were first planted in the early 1880s. Due to devastation from phylloxera, in 1898, the vineyard was sold for $10 to the Security and Savings Bank of San Francisco. Sold and resold again, the property was sold to Batista Scansi in 1920 who planted the vineyard, ostensibly to produce wine for his own consumption.

The land was bought in 1961 by Al Phillips who tried in vain to sell the vineyard for 3 years until John Shafer agreed to buy the property. Born in 1924, John Shafer gave up a successful career as a book publisher to become a winemaker. Moving his family from Chicago, Illinois in 1973, John Shafer created the estate from a large purchase of 210 acres of vineyards in the Stags Leap Appellation. Much of the land had to be replanted as it had become completely dilapidated.

Large sections of the vineyard had not been tended since the days of Prohibition as the vineyard was abandoned. Coupled with those issues was the fact that the vines were mostly Carignane and Zinfandel. Many of those old vines were probably planted by Batista Scansi in the early 1920s.

The soil at Shafer Vineyards, with its volcanic stone terroir was perfect for Bordeaux varietals. With the right weather, which the Napa Valley often experiences, the vineyards were hot during the day, but cooled down at night. John Shafer knew what he wanted and that was to produce world-class Cabernet Sauvignon wine.

After the extensive replanting was completed, Shafer made his first efforts to produce the debut wine from Shafer Vineyards with the 1978 vintage. Their total production that year of Shafer Vineyards was about 1,000 cases. Having tasted that wine recently, I was surprised at how young and vibrant the wine was at 35 years of age! 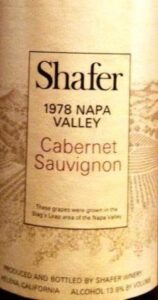 In 1994 Shafer Vineyards became one of the earliest converts to working exclusively with solar power in the Napa Valley. At Shafer, they view this as the next step in being green and environmentally conscious. The first step was practicing sustainable farming techniques at Shafer Vineyards.

In March 2019, John Shafer, the patriarch of the Shafer family, and a beloved and respected figure as a pioneer in the modern age of Napa Valley passed away at 95 years of age. He lived an incredible life and remains one of the key figures in the modern history of Napa Valley.

In February 2022, Shafer Vineyards was sold to the massive Korean conglomerate Shinsgae for $250,000,000! One of the Shinesgaes entities L&B is a large wholesaler and distributor of wines in Korea.

Shafer Vineyards produces multiple different wines using the following grapes; Cabernet Sauvignon, Merlot, Chardonnay, and Syrah. Their top wine is the sublime Shafer Hillside Select. Shafer Hillside Select, with its sensation levels of ripe fruit and intense purity, rivals many of the best California Cult wines. While it's expensive, when compared to the Cult wines, it's fairly priced. On average Shafer Vineyards produces close to 32,000 cases of wine per year.

Shafer Vineyards practices sustainable farming in all its vineyards. Standard vineyard management practices which are now in use include only organic treatments and natural fertilizers.

Today, Shafer is one of the few California wineries that combine quantity with quality, which has made them extremely popular with consumers. The Shafer family has continued increasing their holdings since their initial purchase in 1972. Currently, they own vines in a myriad of sites all over the valley with their largest acreage in the Stags Leap Appellation with 79 acres. They also have 60 acres in Napa Valley, just south of Stags Leap District in the foothills of the Vaca Mountains as well as 66 acres in the Carneros Appellation. 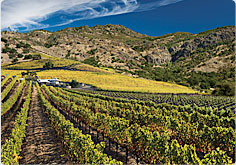 In 1983, the same year Doug Shafer was promoted to head winemaker, the family produced their first vintage of Shafer Hillside Select. The grapes are from the estate's best hillside parcels in the Stags Leap appellation. The wine is aged in up to 32 months in 100% new, French oak barrels. The wine is big in size and personality and due to the power, tannins and amount of new oak barrels, it requires several years of aging. Close to 2,000 cases are produced of Shafer Hillside Select each year.

Shafer introduced the One Point Five Cabernet Sauvignon in 2004. This replaced their previous bottling of Cabernet Sauvignon. Part of the reason for the change was the increase in production. Previously, the wine was produced from grapes grown in Stags Leap that were not used in their Hillside Select.

Shafer Vineyards also produces a Merlot. The blend varies from vintage to vintage. Between 85% to 90% is dominated by Merlot. The rest of the blend is Cabernet Sauvignon and Malbec. The wine is aged in 75% new, French oak barrels for an average of 20 months. Shafer Vineyards Merlot made its debut in 1990.

Shafer is of course best known for their Cabernet Sauvignon wines. But Shafer also produces a Chardonnay from the Red Shoulder Ranch in the Caneros appellation that is vinified in a combination of 25% stainless steel and 25% in new, French oak barrels. The wine does not go through malolactic fermentation. This is a recent change, as previous vintages were completely barrel fermented. Shafer Red Shoulder Ranch Chardonnay made its debut in 1994.

From 1991 to 2003, Shafer produced Firebreak, a blend of Sangiovese and Cabernet Sauvignon that was never quite successful. Showing a good sense of humor, the final vintage of the wine was named, Shafer Firebreak Last Chance. Their next effort proved popular with consumers and critics, Shafer Relentless. Shafer Relentless, a blend of normally 80% Syrah and 20% Petit Sirah is aged in 100 new, French oak barrels for up to 32 months. Relentless is named as a tribute to their winemaker, Elias Fernandz, and his Relentless search for quality.

In 2001, Shafer made a special wine to celebrate their 25th anniversary, Shafer Sunspot. The 100% Cabernet Sauvignon wine was only sold in magnums. As the name suggests, the grape source came from their Sunspot vineyard. In keeping with the 25th-anniversary theme, a total of 25 barrels from 25-year-old vines were used to produce the wine.

In 2014, Shafer Vineyards introduced "Eight Four Wines", a new wine that is a joint venture between John Shafer and their long-time vineyard manager, Elias Fernandez. 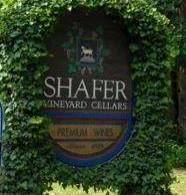 Shafer Vineyards wines are best served at 15.5 degrees Celsius, 60 degrees Fahrenheit. The cool, almost cellar temperature gives the wine more freshness and lift. Young vintages of their red wine can be decanted for 1-3 hours, depending on the character of the vintage. This allows the wine to soften and open its perfume. Older vintages might need very little decanting, just enough to remove the sediment.

The white wine of Shafer Vineyards is best served with all types of seafood and shellfish, sushi, sashimi, chicken, veal, pork, and cheese.

Shafer Vineyards is a very large producer in the Napa Valley making several different wines. By grape varietal, their most popular grape is Cabernet Sauvignon, with 97 acres under vine. This is followed by 66 acres of Chardonnay, 24 acres of Syrah, 12 acres of Merlot, and 6 acres of Petite Sirah.

Shafer Vineyards has close to 205 acres under vine. The Napa Valley vineyards are in various appellations: Hillside Vineyards 54 acres, Borderline in the Stags Leap appellation 25 acres, La Mesa 18 acres, Ridgeback and School Bus, 42 acres, and Red Shoulder Ranch with 66 acres. Cumulatively, with all their brands, they produce close to 32,000 cases of wine per vintage.