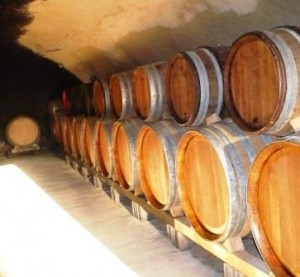 Learn everything about Clos des Brusquieres Chateauneuf du Pape with wine tasting notes, wine and food pairing tips, best vintages, a history of the property, information on the vineyards and winemaking. If you want to read about other important wineries and wine makers from the Rhone valley: Links to all Rhone Valley Wine Producer Profiles

Clos des Brusquieres was founded slightly before the start of the 20th century in the Southern Rhone Valley. The first official vintage from the property was the 1912. At the time, the wine was known as Clos Courtil. Courtil was the family name.

The estate takes its name from the les Brusquieres lieu-dit, where many of their best vines are planted in. Like many producers in Chateauneuf du Pape, Clos des Brusquieres sold most of the grapes to negociants for decades. That changed in 1996 when the property began producing, bottling and selling their own wine.

Clos des Brusquieres owns 9 hectares of vines in Chateauneuf du Pape. Most of their vines are situated in Brusquieres, hence the name. Some fans of this estate have nicknamed the wine the poor man’s Bonneau, referring to Henri Bonneau.

Clos des Brusquieres is one of the few Chateauneuf du Pape producers that makes only one wine.

Clos des Brusquieres is usually a blend of grapes that feature 80% Grenache, 10% Syrah and 10% Mourvedre. The vines are old at close to 85 years of age.

The terroir is mostly rocks and stones in the soil. But you also find other soil types in their vineyards as well. The vines are planted in the les Brusquieres, Pradel and le Tresquoys lieux-dits. The wine is aged different vessels, depending on the grape variety. The Grenache is aged in traditional cement vats.

The Mourvedre and Syrah are both aged in a combination of old and new demi muids. The aging usually ranges from 12 to 18 months depending entirely on the character and quality of the vintage. On average the production of Clos des Brusquieres is close to 2,500 cases of wine per year.

Clos des Brusquieres can be decanted for about 1 hour, give or take. This allows the wine to soften and open its perfume. Older vintages might need very little decanting, just enough to remove the sediment.

Clos des Brusquieres is usually better with 2-4 years of bottle age. Of course that can vary slightly, depending on the vintage. In the best vintages the wine should be consumed within 3-12 years after the vintage.