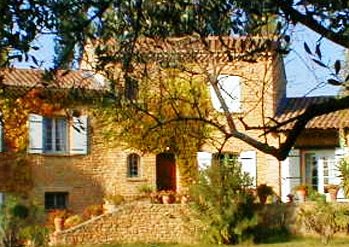 Everything about Chateau du Mourre du Tendre Chateauneuf du Pape Rhone wine producer profile with wine tasting notes, wine and food pairing tips, wine ratings, a history of the property, information on wine making and terroir, along with wine tasting reviews and images. If you want to read about other important wineries and wine makers from the Rhone valley: Links to all Rhone Valley Wine Producer Profiles

Chateau du Mourre du Tendre is a relatively new domaine in the Southern Rhone Valley that was only formed in 1988. Prior to 1988, the harvest had been sold to negociants. Since the early 1960’s, the property was managed by Jacques Paumel. Situated in the commune of Courthezon, the estate remains a family affair that has passed down from generation to generation. Today, Chateau du Mourre du Tendre is still owned and managed by the Paumel family. Currently, Richard Paumel and Florence Paumel are the brother and sister team that manage Chateau du Mourre du Tendre on a day to day basis. Starting in 2013, the son of Florence, Paul Verite began taking a more active role in managing the estate with his family.

Chateau du Mourre du Tendre owns 2 hectares of vines in the Chateauneuf du Pape appellation. The vines are well situated, with some parcels placed in the La Crau vineyard. Their other parcels are located in the Berdines, La Guigasse and Saintes Vierges lieux-dits. Most of their terroir is sand, rocks and stone soils. They definitely have old vines. Their Grenache was planted in 1929 and their Mourvedre was planted in 1967.

Chateau du Mourre du Tendre Chateauneuf du Pape Rouge Prestige is made from a blend of 90% old vine Grenache and 10% Mourvedre. The terroir is mostly sand soils in the Les Bedines, Cristia, Guigasse and la Saintes Vierges lieux-dits.
The grapes are not destemmed. The grapes are also not crushed, they are whole berry fermented. Vinification takes place in stainless steel vats. The wine is then aged in cement tanks for up to 36 months, before the wine is moved to old foudres for another 6 months of aging prior to bottling. The annual production of Chateau du Mourre du Tendre is slightly less than 700 cases of wine per year. Chateau du Mourre du Tendre has been on a roll since the 2007 vintage, making the best wines they’ve ever produced.

Chateau du Mourre du Tendre Tres Vieilles Vignes comes from a blend of the estates oldest Grenache vines, along with the addition of their old vine Mourvedre, which takes up about 15% of the blend. The vines are well placed in pure sand soils. The grapes are whole cluster fermented. The wine is aged in a combination of foudres and concrete vats for between 36 to 48 months before bottling.

While Chateau Mourre du Tendre only produces one wine, it appears that from time to time, perhaps for export, the wine has been sold under various different names, “Tradition,” “Prestige” and “Confidentiale.”